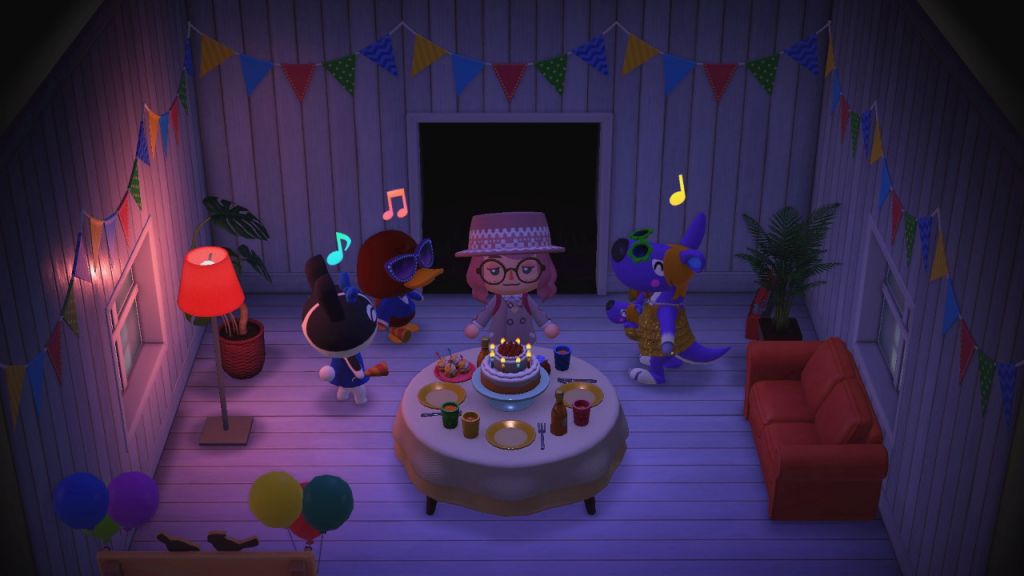 Why Animal Crossing: New Horizons Didn’t Win Game of the Year in 2020

When Katsuya Eguchi released Animal Forest on April 14th, 2001, he had a vision. He yearned to create a game with a sense of community powerful enough to combat loneliness. Eguchi was exhausted from endless late nights and the unyielding business flights to Kyoto. He’d grown to loathe the video games he was creating. He missed his family. When he returned. the kids were always under the spell of a deep slumber. His energy waned like the fragile light of an autumn crescent moon.

Katsuya Eguchi struck gold with Animal Crossing. When it comes to life sims, these titles are the most leisurely of all. Some critics might even describe them as stagnant.

The idea wasn’t to regurgitate some commercial success or follow any tried-and-true formulas. He simply wanted to create a game where his kids could flaunt letters in a town full of cute, memorable critters. He wanted to create a game that could capture the core of a player’s personality and convert that essence into a blossoming town. Most importantly, he wanted a way to communicate with his kids despite living on different sleep schedules.

Now, when Animal Crossing: New Horizons dropped on March 20, 2020, nobody could have expected how well-timed the release would turn out to be. We sat isolated in our homes, caught in the early days of Quarantine. The headlines came rolling in day after day with new toll numbers and terrifying stories of riots, conspiracy theories, and leaders who weren’t properly equipped to deal with a pandemic.

That sense of loneliness that Katsuya Eguchi felt in his early development stages was now shared by the entirety of the world’s population. In terms of influence, that’s some serious game-of-the-year material.

AC:NH Was GotY in Average Playtime 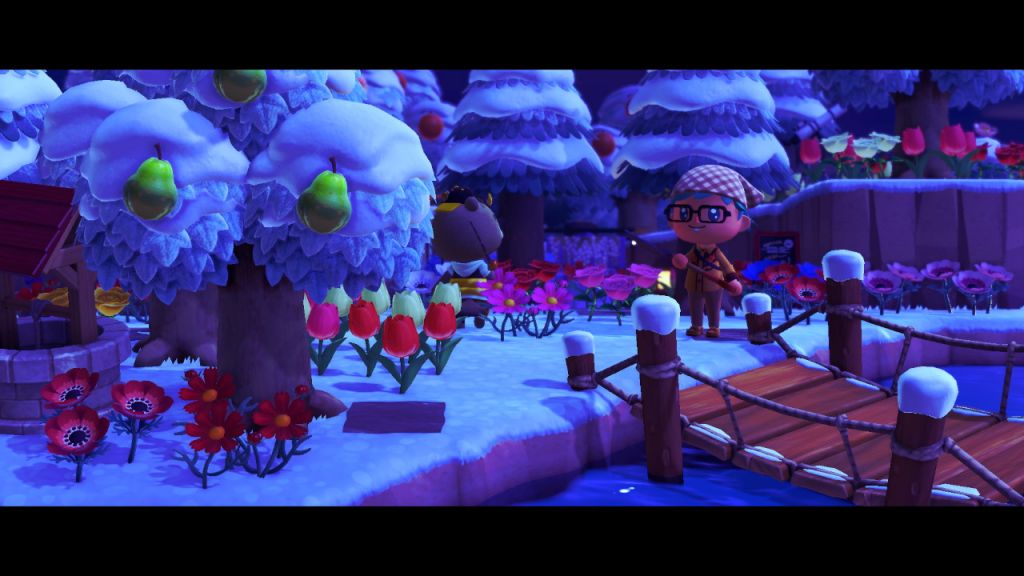 But Animal Crossing: New Horizons didn’t win game of the year in 2020. Animal Crossing: New Horizons snuck off with an award for best family game – a great haul of i’s own merit. Although, being a game that hijacked social media for months, the title feels a bit underwhelming. The average player dumped eighty-one and a half hours into our islands before tiring of the gameplay loop. The other nominees didn’t hold a candle to AC:NH average playtime.

AC:NH Was GotY in Total Sales

I could cop out and tell you that being a Nintendo Switch exclusive reduced the audience. Animal Crossing on PC would surely have a larger outreach, especially with the Nintendo Switch shortage we suffered through most of the year. I could also take the generic PR route and tell you the competition was fierce, but when isn’t this true?

Honestly, Animal Crossing: New Horizons blew their competition out of that water in sales. Console exclusivity didn’t affect it at all. AC:NH sold over 31 million copies in 2020. It also boasts the title of second best selling title of all time in Japan – Dwarfed only by sales of Pokemon Red/Green. So, the PC master-race can setlle back into their seats. We didn’t need Animal Crossing: New horizons on PC.

If anything, this tells me that AC:NH was responsible for the worldwide Nintendo Switch shortage in 2020.

It’s worth noting that none of the other games nominated for game of the year surpassed Animal Crossing: New Horizons in any region.

So why didn’t Animal Crossing: New Horizons win game of the year? Did The Game Awards rob our team at Nintendo of their glamorous sparkling trophy?

Avid fans of the series tend to bring up that this has been an ongoing trend since the release of City Folk in 2008. They aren’t necessarily wrong, since the developers at Nintendo seemed to start gearing toward more real-life online interaction. From there, each new installment of Animal Crossing made the player more dominant, and their fluffy little neighbors more passive.

Past villagers were difficult to please and would move out on a whim. They could plant their own flowers and had a real impact on your town. Still, I don’t think removing those features hindered their personalities. These are quality of life features, especially when gearing the game toward sharing progress online.

I’d argue that Katsuya Eguchi’s true vision was never given a chance to come to full fruition. By the time his first installment was released, he had already been one year into a new promotion. He was given the title of Manager for the entirety of Nintendo’s EAD branch, overseeing the production of many games. Suddenly the Zelda games and the Wii Sports division were added to his plate. 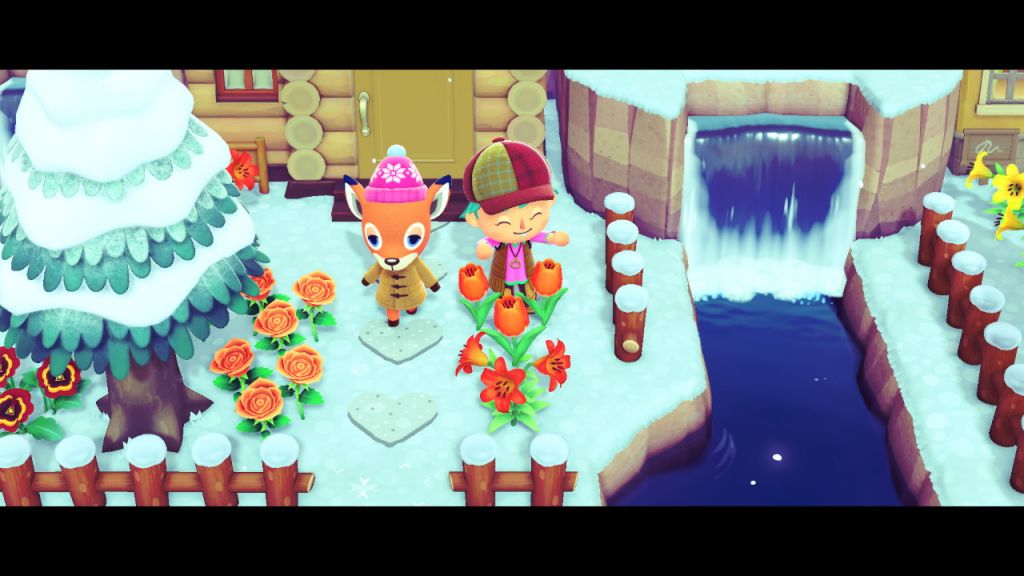 By 2013, He was further removed from the project, being promoted to Deputy General Manager during a Nintendo branch merge to become the “EPD” division.

Then they picked up another hot new franchise: Splatoon.

In a 2008 interview – on an episode of “Iwata Asks” – the developers were pretty keen on the idea of making dialog that extended beyond fun. They wanted to create a game that used cute little animals to explore complex human communication. They boasted a diverse staff with diverse ideas. The dialog was their top priority, clear as day. 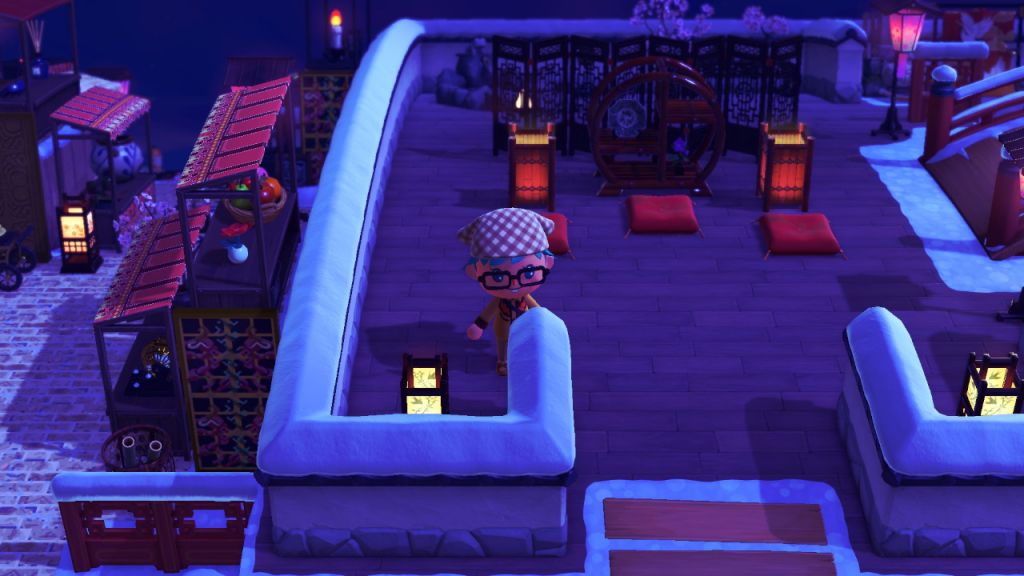 But we live in a plastic world.
Instagram talks.

I don’t think the shift in villager personalities was an accident. In a way, they were meant to feel hollow or superficial. Almost as if Nintendo intended the player’s imagination to fill the void with the best possible qualities they could fathom.

There’s no shame in creating a virtual slice of paradise. The game was designed to have a broader appeal. The attempt was a monumental success.

But each watered-down character bleeds a little charm. The feeling of sheer bliss that targeted a handful of people became a lukewarm sensation targeting the masses. Friendship would never fully bloom beyond the two-week-long tutorial mode. We know, Tank, you’re working on your muscles. Why don’t you join us for a cup of coffee and tell us about your favorite time of year?

Instead, we were free to select the neighbors with the cutest designs. We can dump Tank for Bill with little remorse because their ultimately the same guy with different exteriors.

The result was still a wholesome and relaxing game to push us through hard times, but the golden concept of emulating friendship was displayed on a muted palette. The message was sent but it was consumed by the endless void of time… Or maybe something a little less dramatic. Animal Crossing developers need money, too. Probably more than a Game of the Year award. I can respect that.

ACNH: Stuck Between The Philosophy of New Leaf and Wild World

New Leaf seemed to have the quantity over quality philosophy perfected, and to many players, it created the definitive Animal Crossing experience full of collecting and wandering aimlessly for hours.

Some players felt left behind. Characters were shifting further into cookie-cutter templates for personality.

Our real hero for this data lives here. 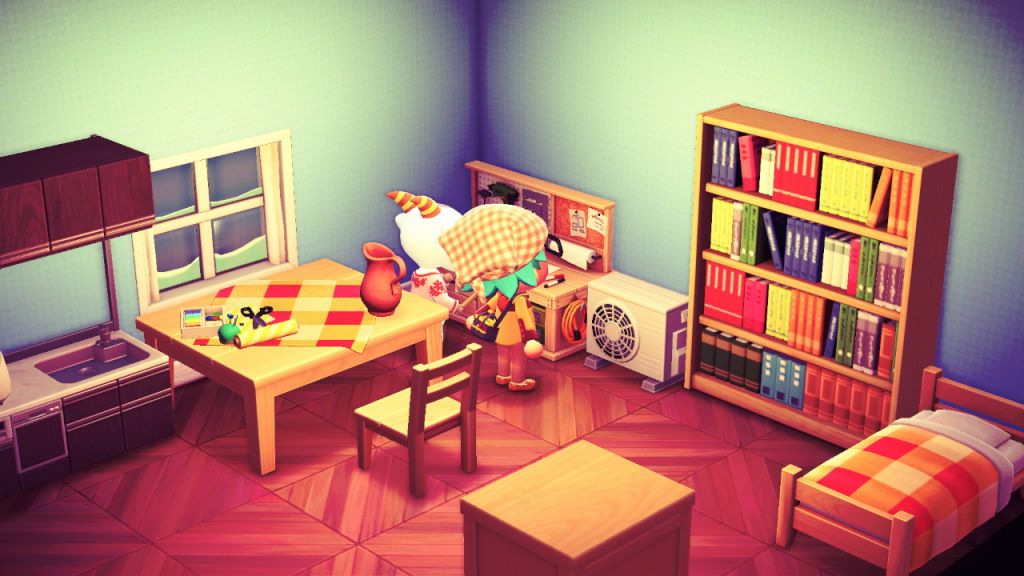 The result is a neighborhood that didn’t quite satiate the hunger of the collectors or the fans of unique character design. We fumbled around somewhere in the middle.

What Can We Hope For in Future Installments?

There’s nothing inherently wrong with “Safe” dialog. I also find it unrealistic for a total of 391 villagers to each have unique personalities.

We can still achieve more depth.

Personality type categories are a great starting point for diverse dialog. What if we added species related dialog boxes and a handful of astrological-related dialog? Each villager already claims a birthday and a species.

So, for example, let’s look at my wife’s favorite villager: Bill the Duck. 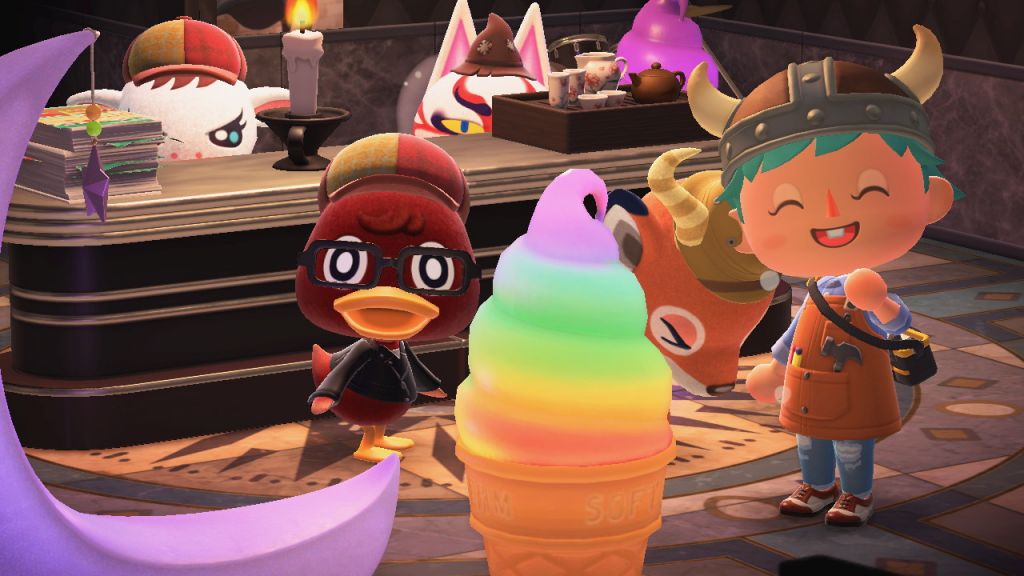 He can use the plethora of Jock related dialog, no issue there.

But what if you come across him holding his fishing pole one afternoon and he greets you with, “I feel a sudden urge to fly south. Can you feel it too?”

With a birthday on February 1st, Bill boasts the Aquarius sign. Perhaps an Aquarius could spew out a line similar to, “Huh? Oh, yeah. I leave my furniture in the freezer! My friends laugh and call it silly, but quirky is still pretty smart!”

Although possibilities don’t end with dialog.

Even if my beloved villager wants to tell me about becoming a pop star for the 10,000th time, I can forgive her as long as she plays a game of billiards with me, or hide-and-seek. Any interaction at all.

All these decorative objects lacking function only adds to the feeling of hollowness when developing your island. Mini-games would be a great reason to check up on my island from time to time once my design spaces reach their limit. 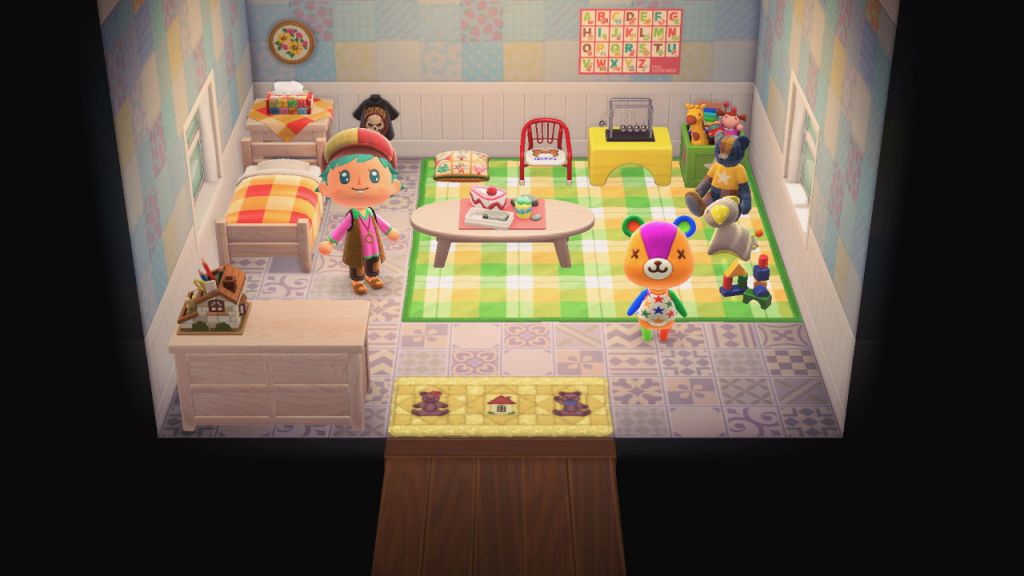 I’d settle for a high-score chart hanging above a single-player pinball machine, or a return to silly bulletins posted by villagers. Maybe we could let them catch one or two of our precious bugs instead of staring blankly at them.

Bring back the fetch quests! We don’t need as many as we were given in New Leaf, but an event every 2-3 days would be pretty thrilling. Why are we moving away from this?

Look, AC:NH Was A Great Game.

(With A Little More Care, We Could've Had A Masterpiece.)

I appreciate the risks taken in New Horizons. Terraforming, crafting, and the deserted island theme all feel fresh and exciting. It wasn’t hard to fall into the daily loop of building a personal dreamland when the world outside was falling to ashes. 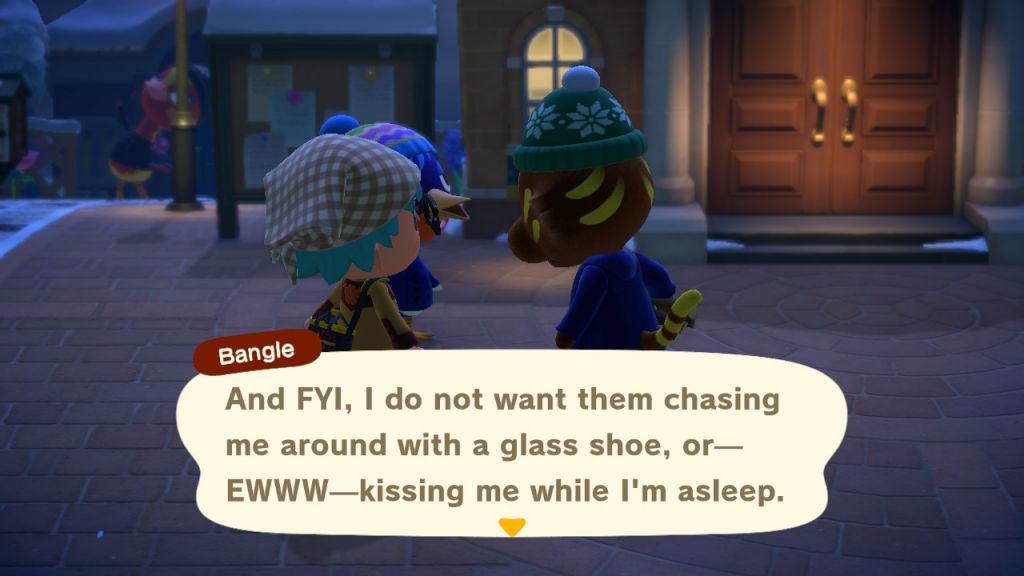 This game turned out to be a perfect gift for my mother. She adores the idea of running around gossiping about her neighbors and building her house up from scratch. I send her mail and we swap gifts every time I meet up with her for dinner. I can tell it helps her relax.

If you ask my mother, she will tell you Animal Crossing: New Horizons was easily game of the year. Hell, the game of the decade.

I’m hoping the next installment has stronger community themes for her to indulge in. While I can’t boast her as grandma Audrey with 3500 hours of playtime, I know she was still touched by the experience.

I want the next Animal Crossing to reach the full potential of Katsuya Eguchi’s initial dream. Not for an unrestrained consumer like me, but for players like her.

Animal Crossing: New Horizons Fell Short of Game of the Year in 2020, But The Race Isn’t Over Yet! 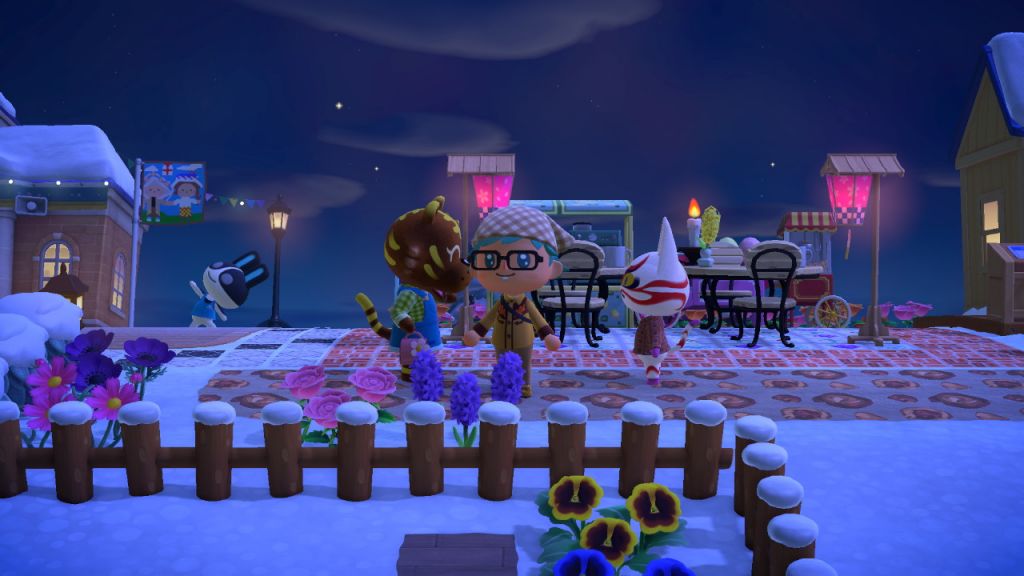 The humor is innocent and dorky. Listening to villagers chatter together is a rare treat. Watching Chevre and Sylvia sing a duet in the town square melts my heart. This game did something spectacular during a difficult time. We just needed more of it.

Here’s to hoping the series continues to grow!