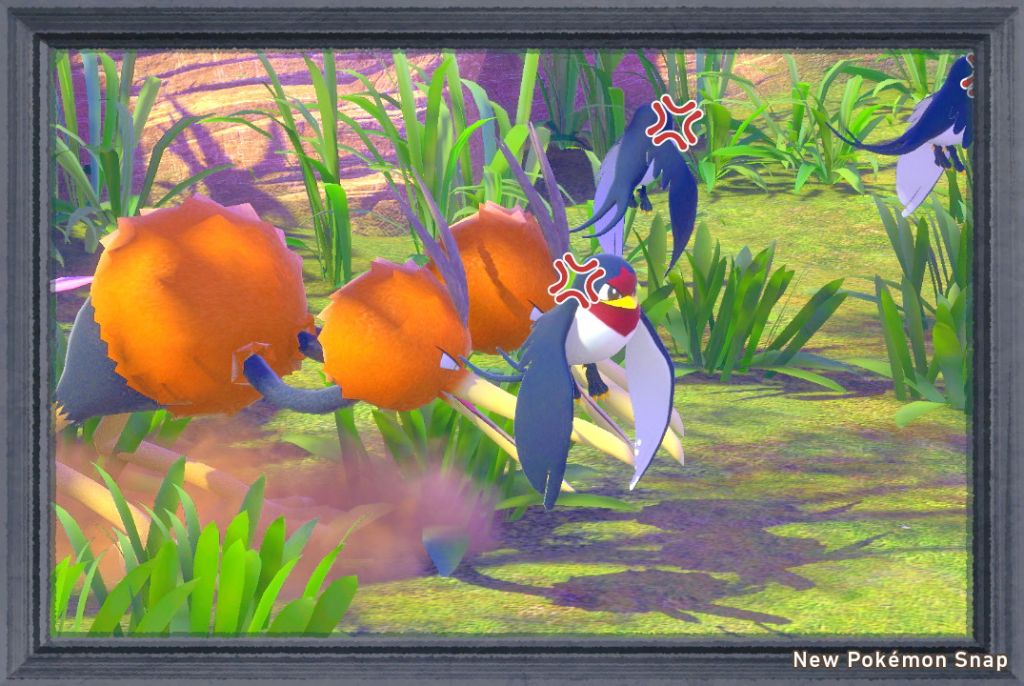 A Daring Tale of Dodrio:
The Legend Who Made The Cover of the New Pokemon Snap

Friends, family, humble countrymen! The release of New Pokémon Snap will forever be a day to rejoice! Today, we’re going to take an intermission from competitive Pokemon guides.

Pokémon Snap released on April, 30th. The box art left an impression that we would see plenty of Pokemon that Game Freak has been neglecting.

Folks, I’m proud to admit that Bandai Namco did not disappoint!

We got a refreshing take on the world of Pokemon. Instead of a focus on raw stats or rarity, the developers selected a handful of Pokemon that would bore the most lively behaviors. 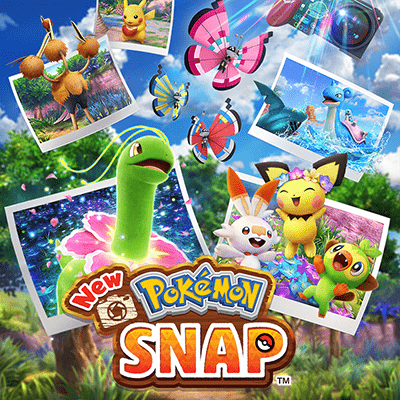 Let’s take a look at the box art for a moment. Featured in one of those zany little polaroid frames is someone very dear to me. He goes by the name of Dodrio.

Dodrio was the star of the show in Pokémon Snap! Some might argue Bidoof had a better performance. Some might argue the award ought to go to Archeops. Well, naysayers, do you know what I say?

I admit, I’m a bit biased. Gather around the campfire, my darlings. Let me share a story of how Dodrio became my favorite Pokémon.

Dodrio's Got A Lot Going For Him! 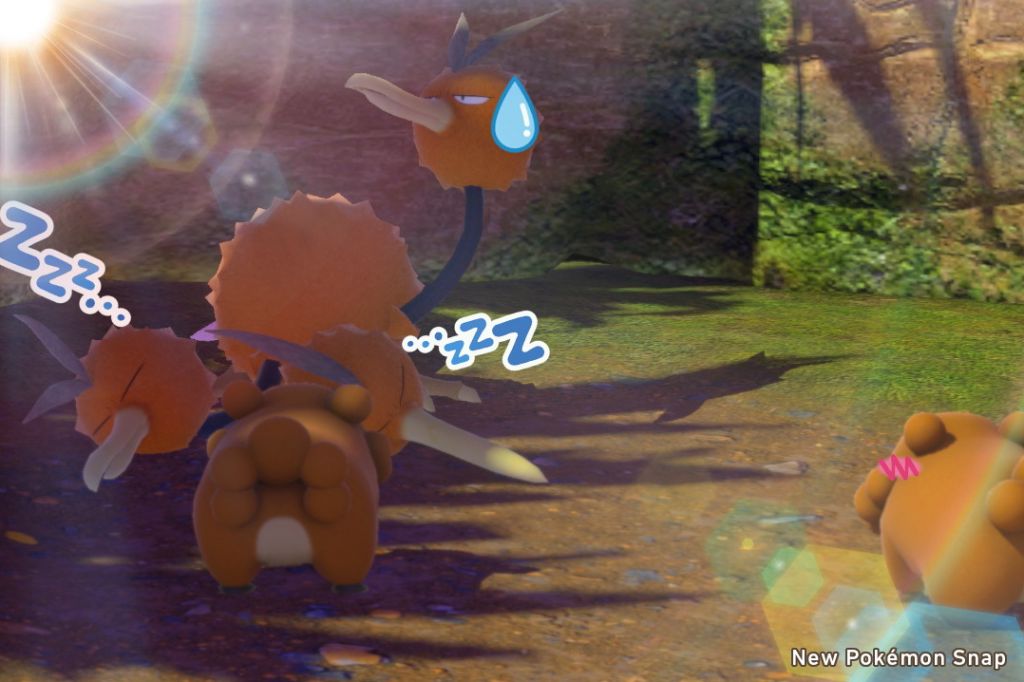 Look. It ain’t easy being a Dodrio fan. We got it rough. We’re like the Green Bay Packer fans of the Pokémon universe. Joey has his faithful Rattata, and I have my faithful three-headed bird.

You’re probably wondering how I got here, right? 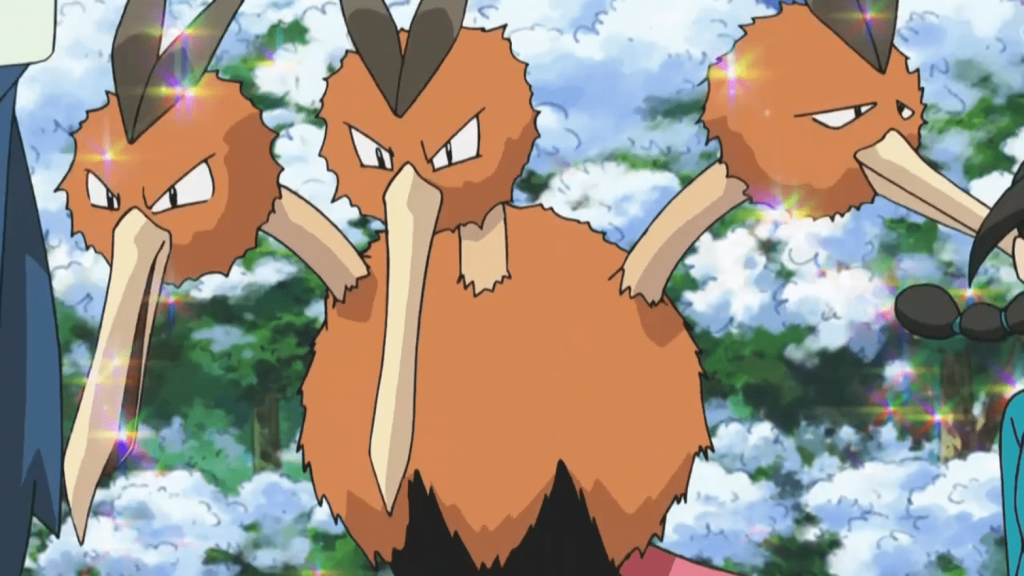 It was a dark, stormy evening. Raindrops the size of Pokéballs mercilessly pounded against the charcoal pavement as far as the eye could see. Lightning cracked, and the heavens roared a deep unforgiving cacophony unsuitable for the ears of a child.

Of course, I was a child.

The children all sat facing forward, dazed by the hypnotic spell cast upon them by public transportation.

But not I! I was smarter than that! Or so I had thought…

Gripped tight within my tiny little hands was a GameBoy Advanced, with a Pokémon Gold cartridge bulging conspicuously from the top of the handheld console. It was a humbling symbol of impoverishment, that ugly bulging cartridge. It screamed to the world that my family was either too poor or too cheap to buy me one of the new Pokémon games.

“Whatcha doin’ over there?” The boy named Nathan hollered in my direction.

“ I… I’m” I began to stammer with all the valiant courage that peasants are famed for, “I’m breeding Pokémon”

The boy named Nathan arched over my shoulder to catch a glimpse of my screen, his breath damp and heavy, “Ha! What the heck do you need so many Doduo’s for? What a dumb Pokémon!”

It was a dark time in the Pokémon universe. GSC predates the age of Pokéquality. A hoard of suffragette Jynx and Miltank lined the streets of Goldenrod City, picketing with heartfelt signs outside the virtual office of Game Freak.

You see, gender was determined by how high a Pokémon’s attack stat was. Male Pokémon boasted a higher attack stat for the same amount of work.

“Don’t make fun of him, he’s smart!” Another boy hollered from across the bus, “He probably knows a super-secret egg move” It was the boy named Rhone. He was an expert Pokémon breeder.

Dodrio did, in fact, know a super-secret egg move.

Still, I’d wished the enigmatic boy from across the bus had kept his mouth shut because now the boy named Nathan had a grimace painted upon his face that couldn’t be wiped clean with any amount of natural detergent.

You see, the boy named Nathan was of higher social standing than I was. He had ALL the Pokémon games. There were rumors that his dad was an actual Pokémon professor. Meanwhile, my poor mother told me once that ugly old Mr. Mime was her favorite Pokémon.

The boy named Nathan was cut from a different cloth.

“You. Me. Playground at noon. This ends tomorrow!” He shouted as he pounded his fist into the seat of the bus. 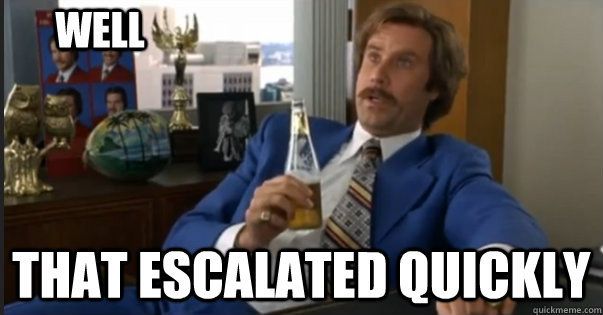 All the children on the bus glanced back at me. Their eyes struck with awe and disillusionment. A chorus of “Ooo” springing from their startled lips. Dodrio and I had our work cut out for us.

“You’ll be fine,” his tone was affable and full of laughter, “Just train that Dodrio as best as you can tonight”

So I did. I trained Dodrio up from a meek little level 5 hatchling Doduo… to a level 100 unbreakable powerhouse of an out worldly dodo-ostrich. His legs fierce enough to kick through granite, and yet he didn’t know any moves that utilized his legs.

I met the boy named Nathan at the playground around 11:45 A.M. the next day, as was my unspoken promise I had made.

He brought his link cable and his GameBoy. There was no turning back. All the children piled into the crime scene, carrying the circular elasticity of an invisible rubber band bundling them together like a pile of old crayons.

Big children, small children, all the children in the world. They were all cackling intermittently. They rubbed their palms together in sheer delight. The delight of seeing my poor Dodrio and I getting creamed by the Pokémon professor’s prodigal son.

The boy named Rhone had appointed himself as the referee. He came dressed in striped overalls, as it was the best referee outfit he could find in his closet. Rhone winked into the screen of my Game Boy, letting Dodrio know he would be a smash hit. Crazy kid. How could he be so sure Dodrio was any good if he’d never even met the thing?

Rhone held up a small washcloth flag and began to wave it with the sporadic force of a wild Rapidash escaping a cowboy’s lasso. The battle began!

Well… It was about to begin once the boy named Nathan finished unraveling his trusty link cable. Dodrio and I chanted a prayer to Arceus. No. Wait. Arceus didn’t exist yet.

Dodrio and I firmly clasped our hands together in a moment of cherished experience. No. Scratch that. Dodrio doesn’t have any hands. 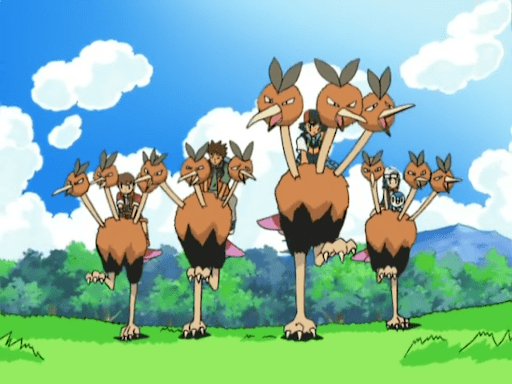 I fed Dodrio an extra special berry and he showcased his affection with an animorphotronic cry. Yeah. That must have been it. Finally, it was time.

The boy named Nathan sent out his Mewtwo. I sent out a Scizor.

“Ha! I bet you don’t even have any legendary Pokémon!” The boy named Nathan coaxed.

His Mewtwo let loose a powerful Psychic. Scizor used a pitiful Swords Dance. The crowd began to mock me. Our only saving grace was that Scizor boasted a resistance to Psychic-type moves.

“You’re Scizor is too slow! He won’t survive for very long!” The boy named Nathan began to spout. The audience encircling Nathan and I started cheering in honor of his upcoming victory.

Again, he was right.

Mewtwo let loose another powerful Psychic, whittling Scizor’s hit points into red territory. My GameBoy began to chime an obnoxious siren. The children of the world laughed and taunted me.

“What!?!” The boy named Nathan cried out in the same generic horrific surprise that you saw in all the cheesy 90’s Anime programs. "This is impossible!" 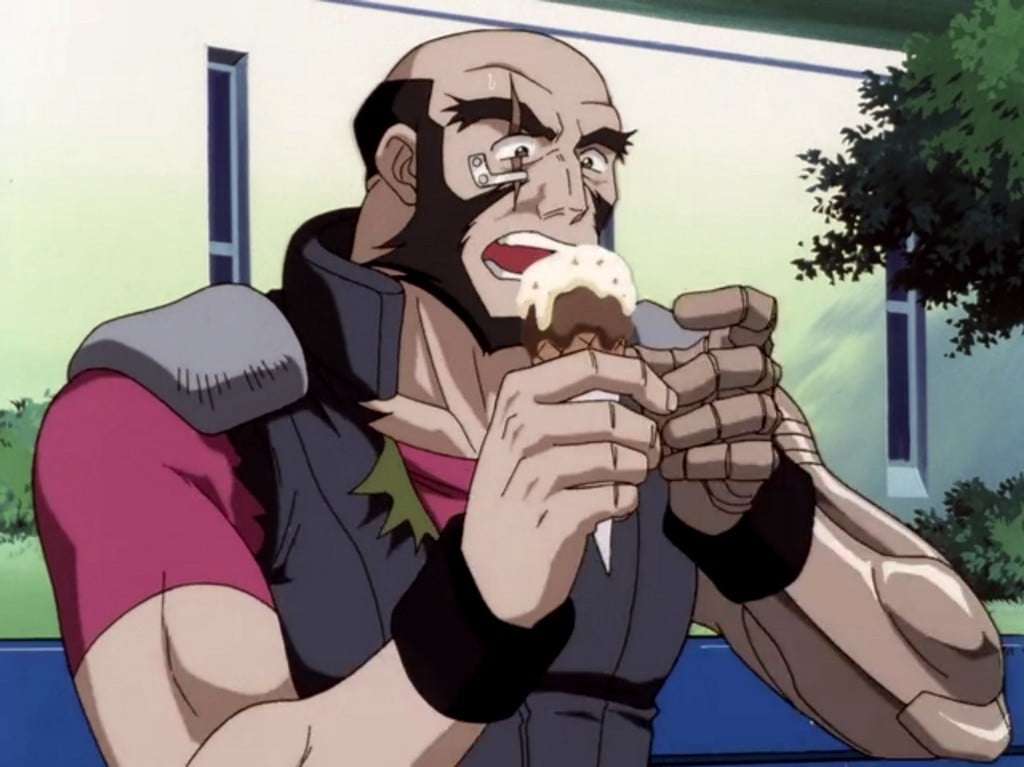 “I put my faith into you, Dodrio" I followed in an uncharacteristic manner, also suited for generic 90's anime "It’s time to see what you’re capable of” 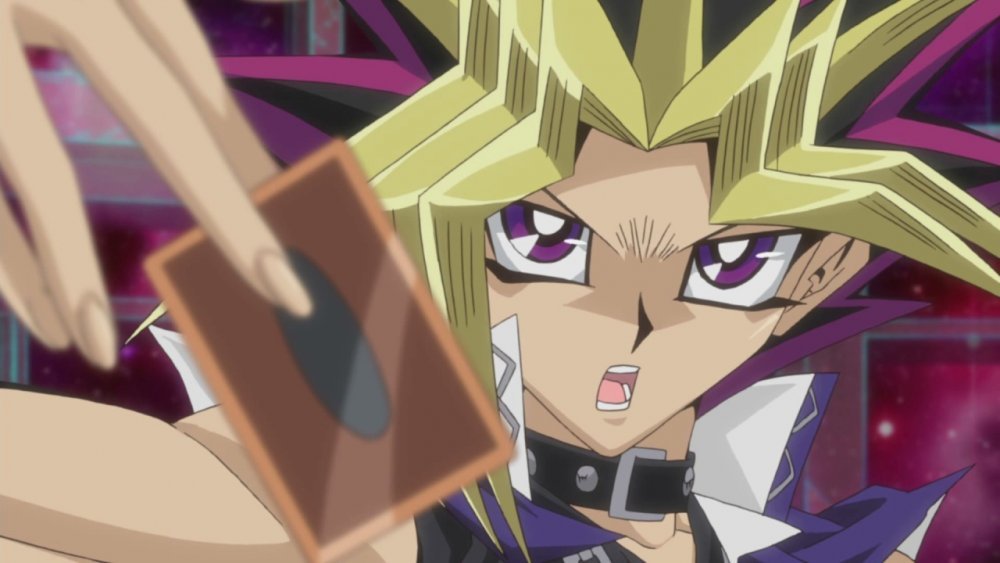 Dodrio stared off into three distances, listlessly kicking his feet around in the virtual dirt. He cried the same animorphotronic cry as he was prone to do – because science dictates that Pokémon could only cry a single cry to express every shimmering facet of natural emotion.

Still, I knew what he felt. Just as any child could telepathically understand their Pokémon’s inner-emotions. Dodrio was nervous.

Dodrio didn’t boast the same resistances that Scizor had. He survived by just a few hitpoints. The GameBoy began to chime that terrible chime once more.

“Ha! I told you Dodrio was a terrible Pokémon, when are you even going to attack? You know I can just use Recover!” 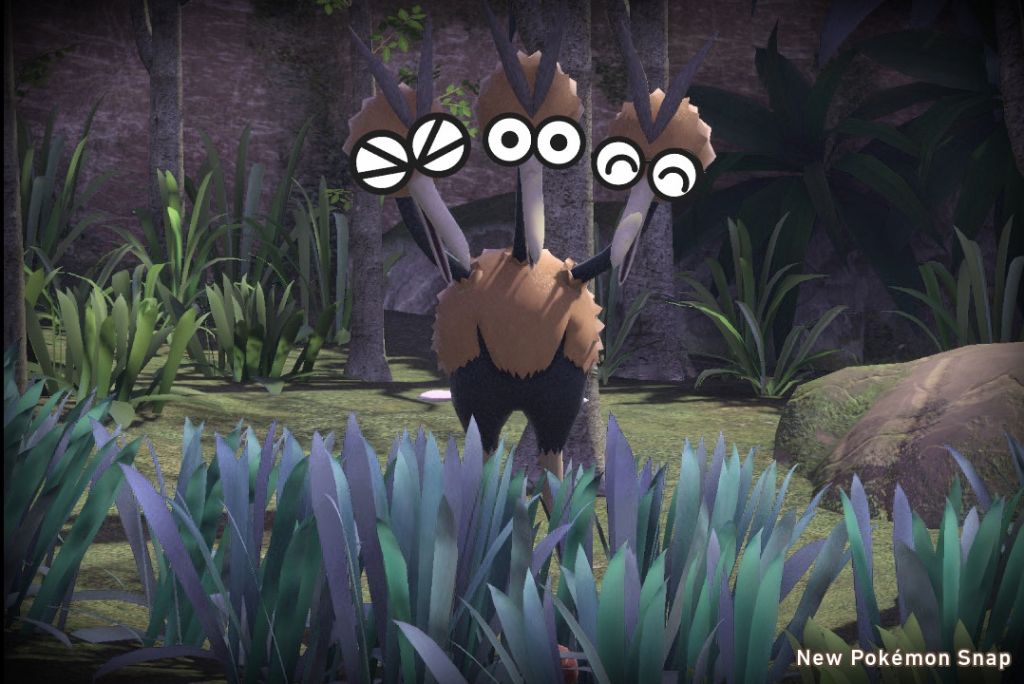 The boy had an unrelenting Mewtwo, marching onward with the strength and determination to fire yet another Psychic, but something was amiss this time around. Mewtwo did NOT move first. Dodrio used Endure!

No. The boy named Nathan was wrong this time. The word he was looking for was inevitable.

Dodrio began whipping his three heads around carelessly. It was his secret weapon. Dodrio used Flail!

Mewtwo fell in a single hit. 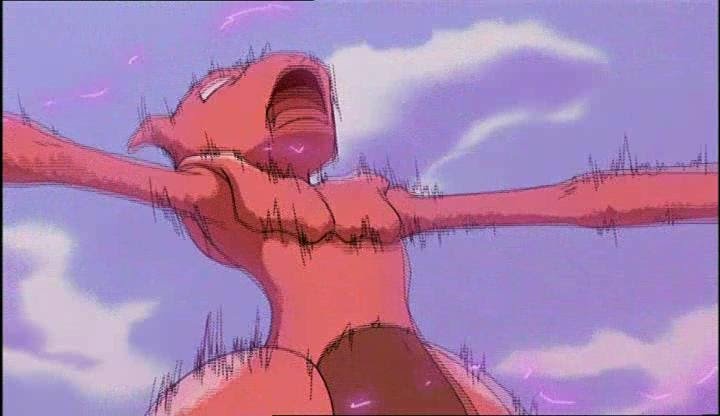 You see, Dodrio boasted 330 max attack, only 36 points less than the legendary Dragonite! But I didn’t want Dragonite, I wanted Dodrio. Dragonite may have had the strongest physical attack in the game, but his moves were weak. If you couple Dodrio’s outstanding attack score with Scizor’s gift of Swords Dance – you get an impressive 660 base attack power.

“Impossible!” the boy named Nathan shouted with profound scrutiny. “Fine, I’ll use Lugia. He can survive anything”

Lugia fell in a single hit.

You see, Dodrio’s plain and boring “Normal” typing gave his Flail a significant buff. Nobody could swing their appendages around recklessly as effectively as Dodrio. Nobody.

The boy named Nathan lost his composure. He began to growl in fortuitous anger. “No! I will not lose to you! That DAMN bird only has one hitpoint! Mew can transform, I bet you can’t do anything about that!”

Mew fell in a single hit.

Dodrio was the master of surprise. Even I couldn’t believe what I was witnessing. “Fine!” the boy named Nathan spouted, “What about Sacred Fire? Only one Pokémon in the game even learns it!”

Ho-Oh fell in a single hit.

Celebi fell in a single hit.

The boy named Nathan was sufficiently rattled. He had nothing else to say. He had no words. His mouth gaping wide open, but there was no sound.

Feraligatr fell in a single hit. It was over. 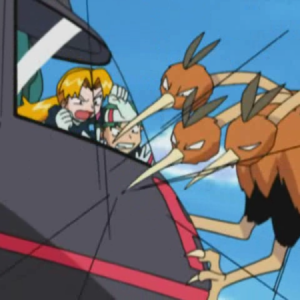 Dodrio’s super-secret egg move, flail, was a tremendous success. Future generations would not be so kind to Dodrio. He was bound to the meticulous grip of the fates, tightly clenching his feathery round hide with their malevolent skeletal fingertips.

Endure would be dropped as a learnable TM. More ghost types were introduced that would have immunity to his primal flail. Priority moves would pick up more types and distribution, making a single hit point sweep near impossible.

Dodrio was destined to fall from grace. He was a true-to-form one-hit-wonder. Pun shamelessly intended. Dodrio was just another bird to go extinct before the birth of Smogon and the competitive Pokémon metagame.

But during his run, he had a ton of heart. Three hearts to be exact – according to the Pokédex. Also six lungs. All freakishly packed into that tiny circular bust of his.

I can’t pretend that the world would forever change after that fateful Pokémon battle. The children of the world quickly dispersed once it was over. Nobody saw me any differently than they had before. As the old proverb goes, “No plough stops for the dying man”

So, what does all of this have to do with Pokémon Snap? Well, that box art screams speculation over Let’s Go: Johto spin-off titles. I know it isn’t what everybody wants; but, I bet it’s something that poor Dodrio wants.

To relive his glory days.

New Pokémon Snap took the liberty of setting overlooked ‘Mons like Meganium a limelight, and shoved Pichu behind him for the first time in over two decades. So, if you’re like me and have a favorite Pokémon that gets woefully neglected, you may be in for a treat!

Uh oh. I’m Sensing an incoming tinfoil hat theory! Meganium and Pichu both made their debut in Gold/Silver. Coincidence?

So, let me know what you think! Will there be a Pokémon Let’s Go: Togepi and Let’s Go: Marill?

It's free to talk