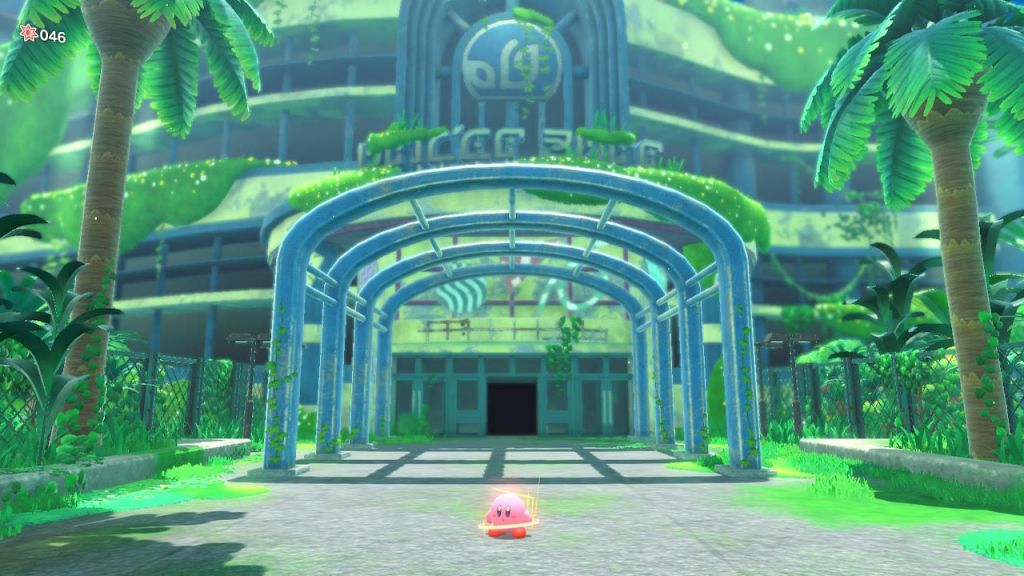 Brace yourself. I’m writing a pretty uncanny review of Kirby And The Forgotten Land.

I’ve been an avid fan of Kirby ever since purchasing Kirby’s Epic Yarn as a Christmas gift for my little brother. I didn’t know much about Kirby’s background or lore. I just saw a handful of commercials and noticed the adorable and imaginative art style. 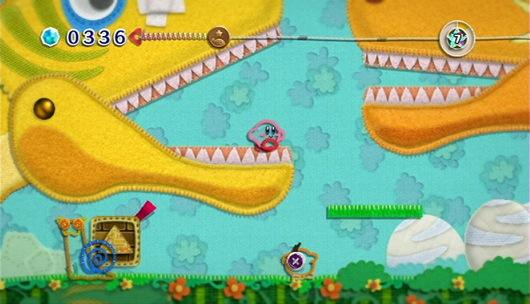 Purchasing Kirby’s Epic Yarn was a success substantial enough to print in history books. My brother beat that game so often that our parents had to procure a second copy when the disc inevitably quit spinning. Then a third.

Seriously, the kid literally cuddled his Kirby disc in his sleep. His affection for the little pink yarn ball was infectious.

When Kirby and The Forgotten Land hit the shelves, I wanted to share that unparalleled fondness with my newborn daughter. 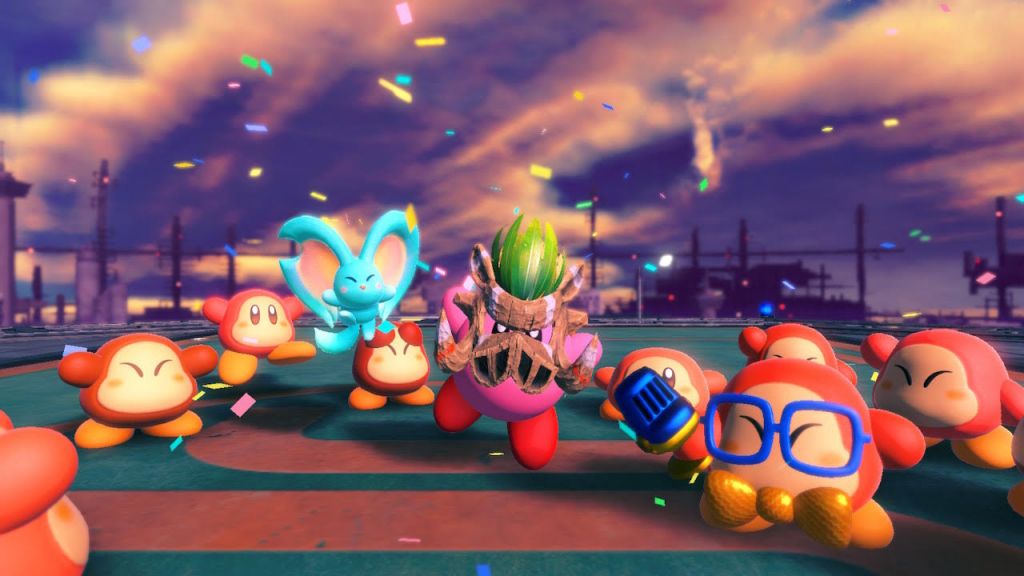 Granted, the controller was in my hands this time, but that didn’t stop her from enjoying every millisecond of her experience. Even menus and loading screens exhibited a vibrant polish, engineered to swaddle her into a state of unadulterated wonder.

It wasn’t just the baby caught in a whirlwind of laughter, either. My wife and I spent every night looking forward to our co-op extravaganza! We whistled along with every song. We never felt frustrated. And while Kirby isn’t the most elaborately drawn protagonist, he’s infinitely expressive.

Kirby became the family bonding experience that Monopoly spent every night yearning to fulfill since its creation during the Great Depression.

Instead of rehashing the same review that everyone else is churning out, I want to verbalize the finer details that make Kirby a wondrous little role model for your children.

I won’t pretend Kirby is shattering boundaries that aren’t already resonating throughout children’s media. He isn’t. But Kirby navigates these themes with precision and elegance. He won’t make Mom and Dad feel the urge to vomit in their mouths after being blasted on repeat for months. Kids show Kirby lasting fondness. Meanwhile, cartoon characters are easily outgrown, they spend episode after episode harboring blank, emotionless stares toward their viewers.

*Groans in Dora the Explorer* 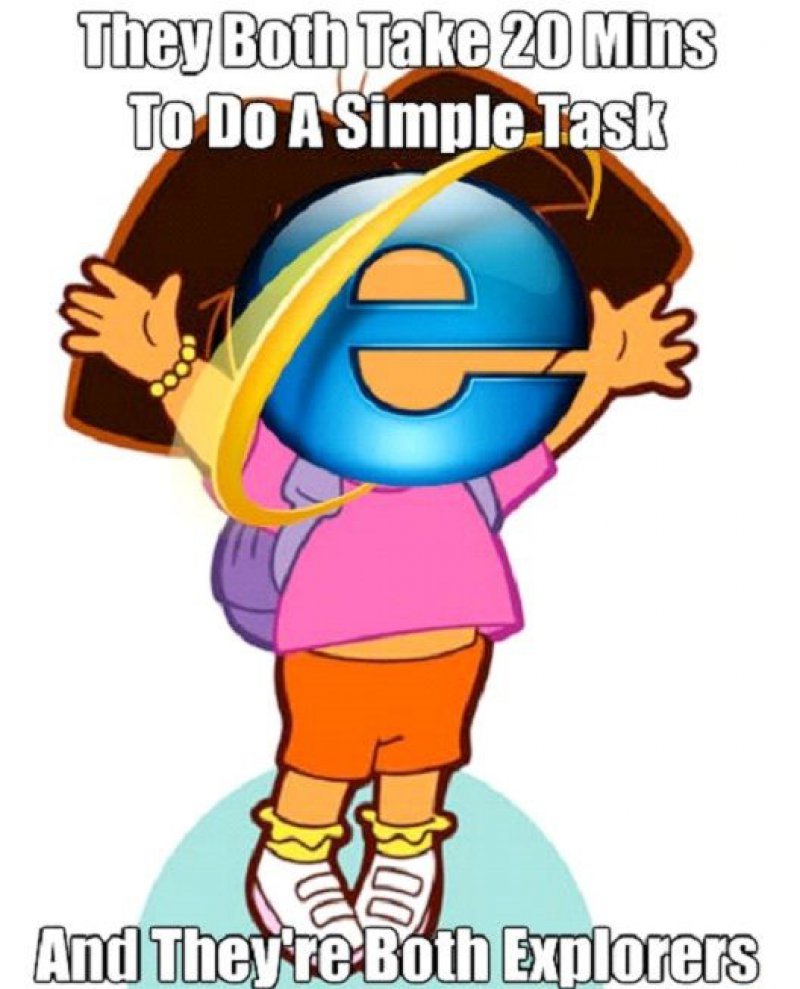 Let’s talk about the evolution of cautionary tales. We’ll brush on how the industrial revolution reshaped our values into a more holistic perspective. Let’s talk about how Kirby echoes the newfound ideals we’re eager to pass to our children.

It’s funny reflecting on the stories we’ve told our children in the past. Fairy tales often sang a cacophonous chorus of brutality, wrapped beneath a thin layer of whimsical mystique. Rapunzel was cursed to live in a tower because her melodramatic mother insisted she devour a head of lettuce from a witch’s garden. She claimed she would die if any other head of lettuce satiated her hunger.

So Rapunzel pays a lifetime debt for her mother’s thievery. Old cautionary tales spoke of the wilderness as frightful, untamed soil. Storytellers harnessed the rugged terrain to manufacture a stomping ground that expressed daunting traits about themselves – qualities that were difficult to face.

People feared that unnecessary trips into the wild could awaken barbaric tendencies, that it would ultimately expose our imaginary construct of civilization.

The wilderness is still a little scary. Obviously, I don’t want my daughter petting a ferocious mountain lion.

But, overall, we can agree that themes like slicing open a wolf to retrieve the Little Red Riding Hood are painfully outdated. These days, we’re more likely to listen to folk prattle mantras about how disconnected we’ve grown from nature.

We’ve gathered substantial information about the world beyond our isolated settlements. Our concerns have evolved. Nowadays, we warn our children about the footprints we’re leaving on the planet.

We realize we’ve been the Big Bad Wolf all along.

Kirby mirrors modern belief exceptionally well. The Forgotten Land is an endless heap of tattered remains, littered with consumerist waste. From Everbay Coast to the Wondaria Remains, the scent of past human lavishness never ventures far. 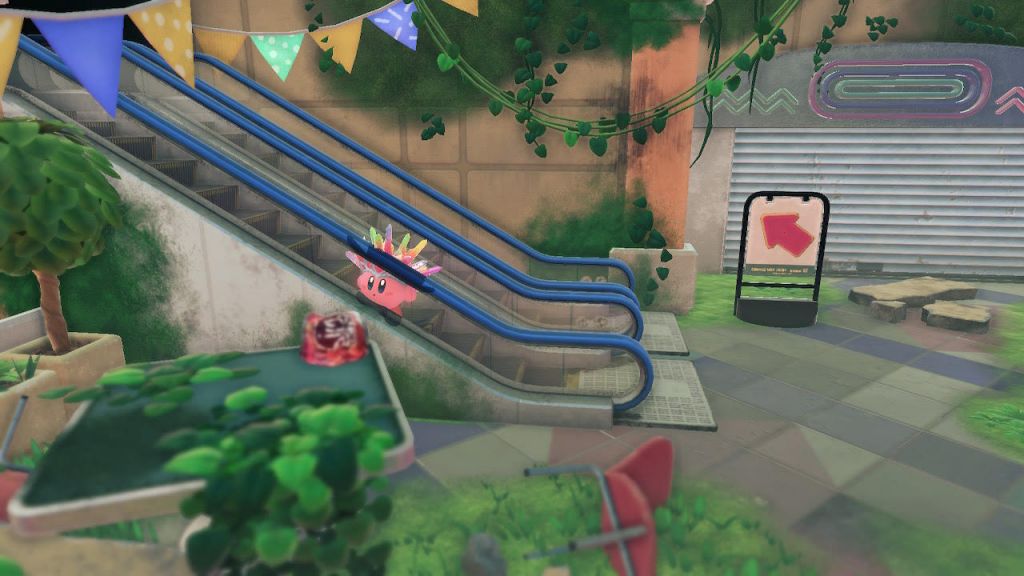 Behind the refulgent palette of colors lies an ambiance that hollers out to the youth, “Be mindful of what you leave behind!”

By the end of Kirby’s journey, it’s revealed that his enemies fell victim to genetic mutation in the sterile and lifeless hallways of Lab Discovera. We unearth that a society detached from its wildlife tampered with a fragile ecosystem. 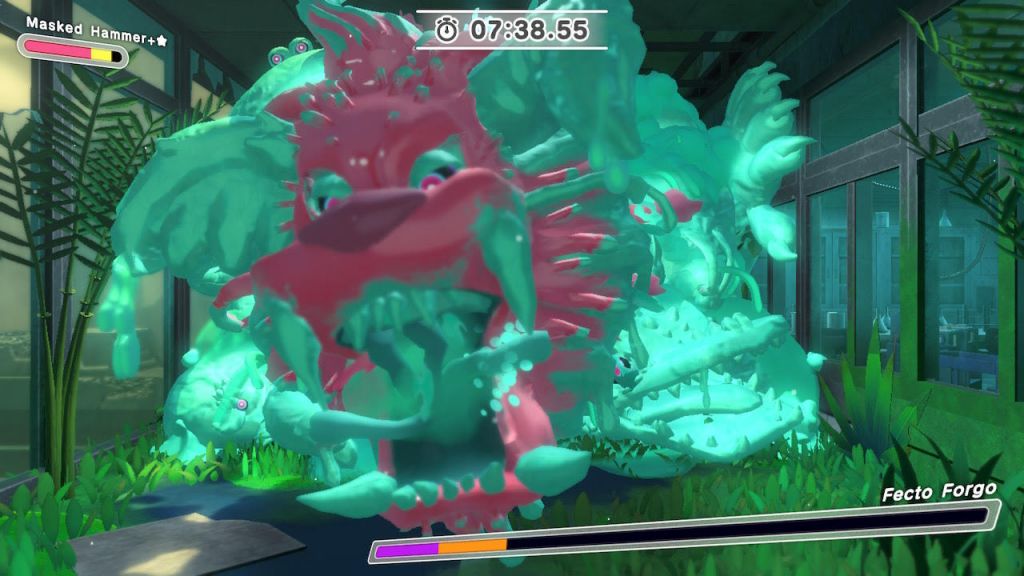 Remember when we pulled the wolves from Yellowstone National Park? What about the time foreign settlers imported invasive pine trees to South Africa?

Listen, everyone is entitled to their own parenting style, but I’m ready to abandon Disney re-colorings of antiquated fairytales. My child doesn’t gain much insight from hearing about Rumpelstiltskin ripping himself in half during a fit of rage.

She should learn that, with a little patience, the wild Awoofy, Buffahorn, and Fleurina can be our friends.

I want her to be aware of how unsustainable our automotive industry is. I want her to ponder the ethicality of pumping livestock full of hormones in the name of higher dividends.

I want my child to strive to make a difference. With a little help from Mom and Dad, Kirby can point her in the proper direction without disrupting her fun.

The brothers Grimm lived in a different time. Their work helped unite hundreds of scattered German dialects into a single language. They preserved history by gathering a plethora of folkloric tales and publishing them in a tidy compilation. 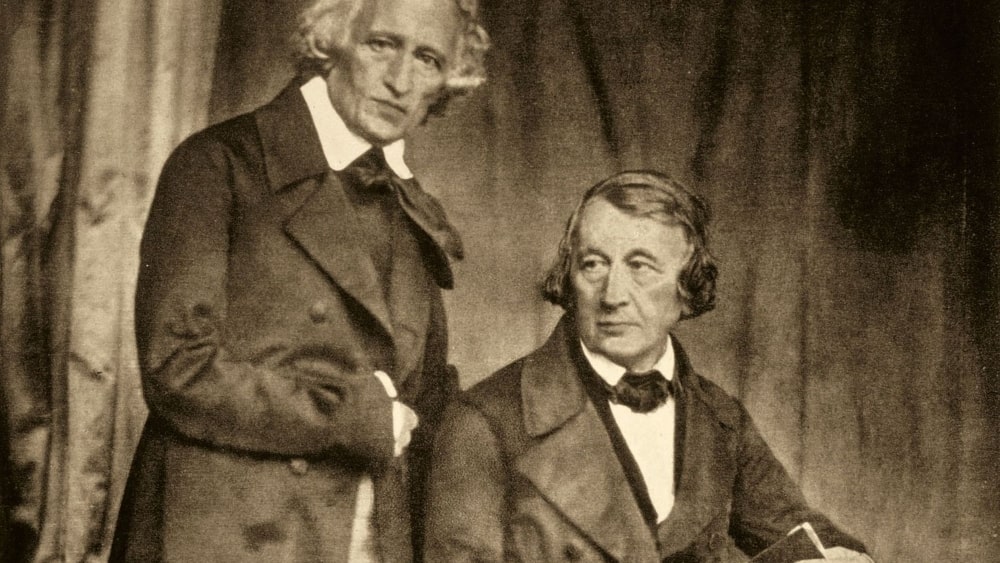 But they also passed on ideals of civil obedience that would lead to horrific exploitation throughout World War II. In Grimm’s fairy tales, kings were always portrayed as divine beings with unfathomable knowledge. These beliefs primed the German populace to follow blind orders.

A touch of propaganda during the war only worsened the situation. For example, the German government twisted Cinderella into a knot, declaring her as the superior sister because she was Aerian.

There’s a running gag in Kirby. King Dedede always winds up as a pawn for a greater force of villainy. Then, our little pink blob knocks some sense into him, and the king returns to his benevolent ways. 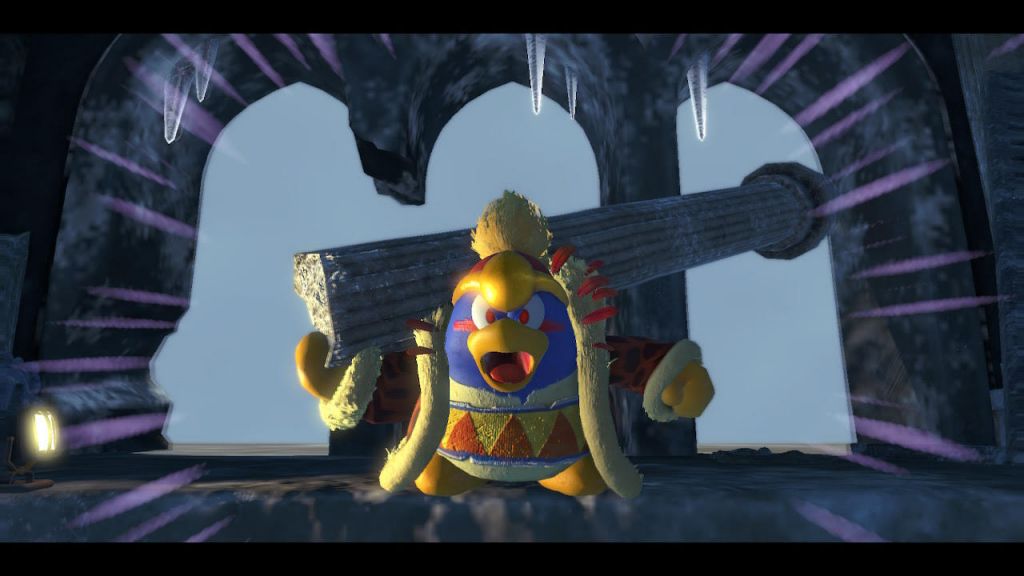 I wouldn’t peg our modern-day politicians as inherently evil. I think they hop into the scene with pure intentions. Over time, they might get wrapped up in a grand scheme or come across lobbyists who weave intricate tapestries of human emotion. Money tap dances in, simultaneously from stage left and stage right.

It’s a recipe for disaster that could bring Gordon Ramsey to his knees.

Eventually, politicians slump into corruption. Anyone in a position of authority can. Better yet, all humans face the struggle of burnout.

If my child doesn’t agree with something her teacher says, I’d prefer the two to hash things out until they see eye to eye. If she spends her life following blind orders, she may never learn the weight of those beliefs. 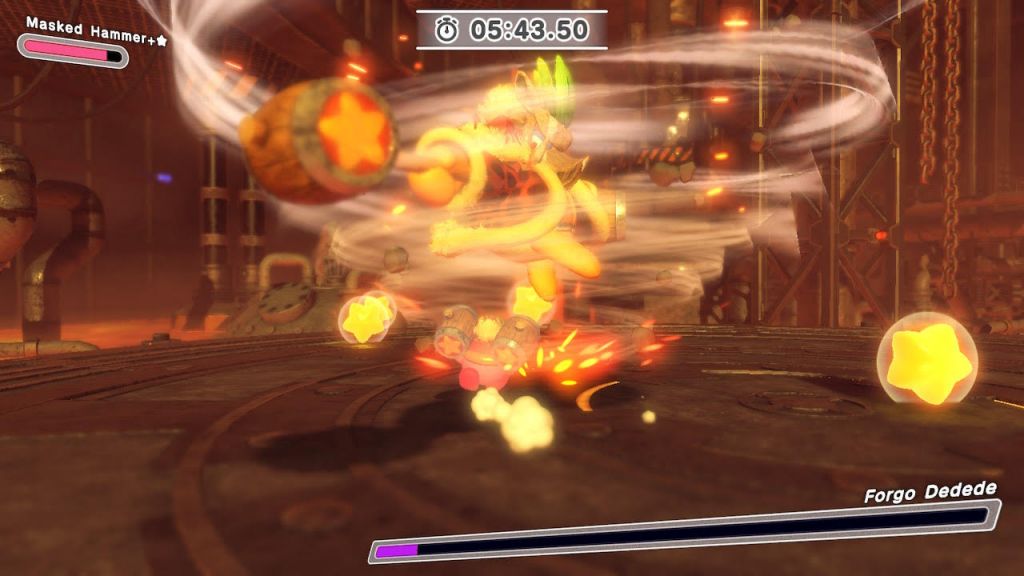 When Kirby and Dedede patch up their disputes, Kirby can walk away with a feeling of satisfaction without dethroning the king or causing a major uprising. The king listens to Kirby, and the lives of his humble Waddle Dees draw a little more sunshine from each adventure.

From Homer’s Odyssey to The Power of Friendship

It’s hard to justify valuing obtuse badassery when our society etches itself in verbal communication, networking, and negotiation.

Decapitating a hydra doesn’t pay bills or build a family. Meanwhile, being a pleasant human being yields both.

I’m not grasping for straws here, either. The story of Susano and Orochi uprooted a near-identical plot from halfway across the globe. Most old epic tales followed the ‘slay first, ask questions later’ template.

I’ve tried brute-forcing a pay raise. I bickered and threw down an ultimatum. It isn’t hard to imagine how that ended.

But the times I remained rational and listened to the needs of my boss? My luck was more favorable.

Brutality is hard-wired into our lineage, and we’re still in an awkward position within the space-time continuum where it’s omnipresent in every form of modern media. We probably always will be.

GTA won’t turn your little ones into sociopaths. We’ve proven those claims false. But a little positivity still offers a big helping hand. 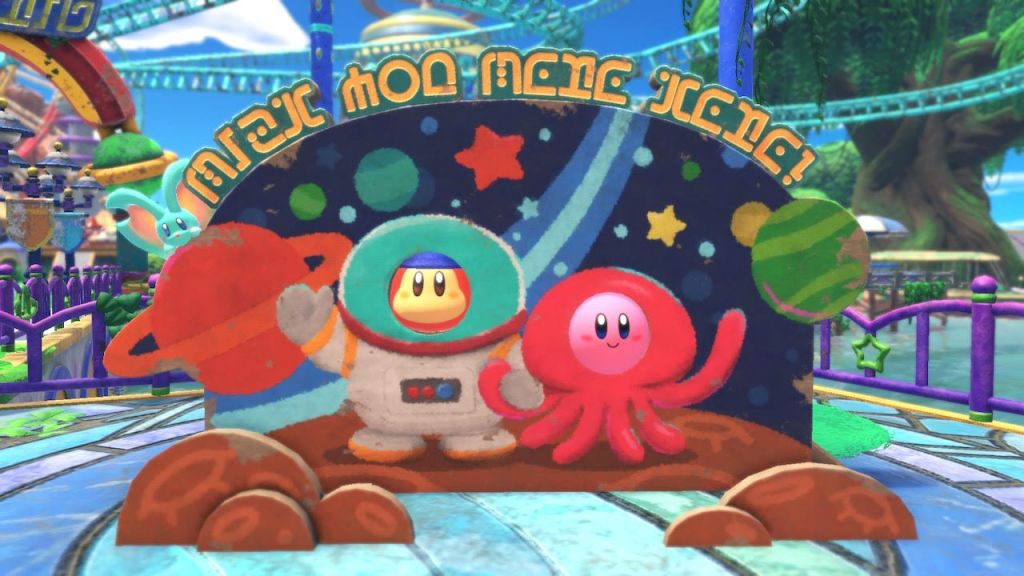 Kirby is a blessing to his fellow people. He’ll even share a snack, despite his bottomless appetite. He takes time out of his day to help Waddle Dees in need. 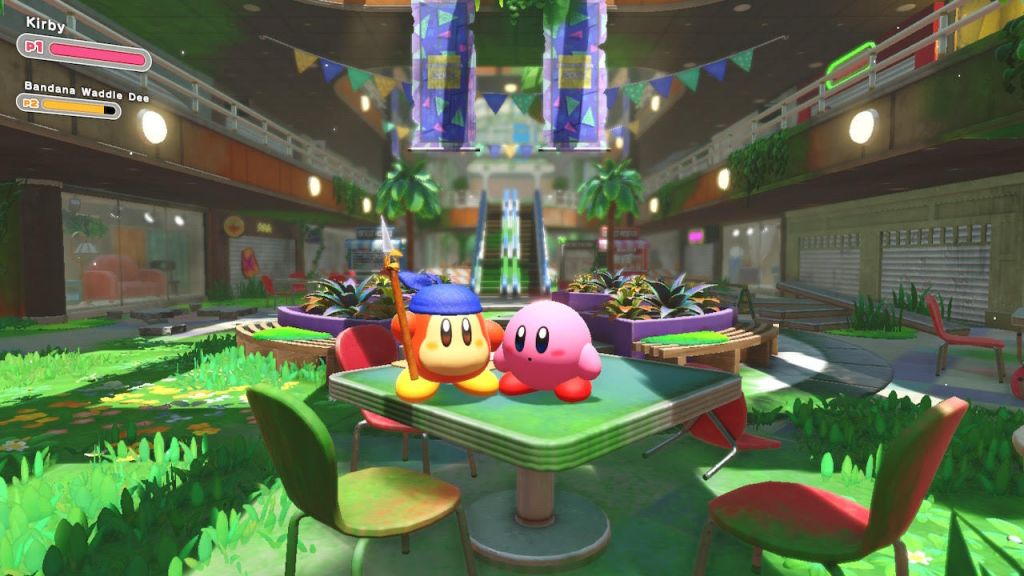 Despite boasting unrivaled might, Kirby is a true friend. We can safely say his power of friendship grants him success in life. I’m sure an infinite capacity for strength helps, too. Luckily, guzzling down a feral dragon’s wrath takes a firm seat as a sideshow.

Beowulf may have butchered the mighty Grendel, but he wouldn’t last a day on a New York subway or in an online certification course.

These days, courtesy is king. 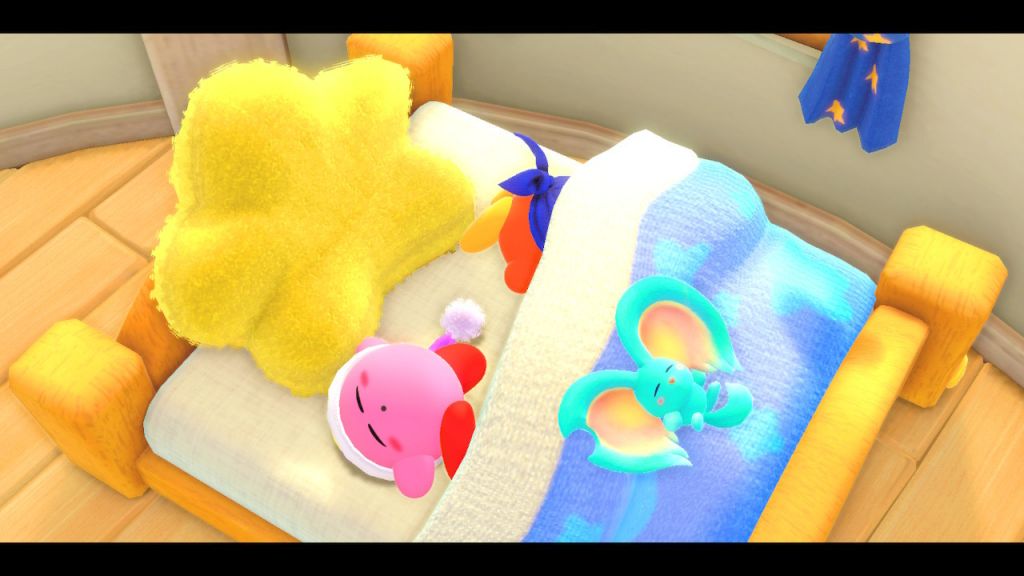 Kirby loves sleep as much as he loves food – and children notice.

A steady routine is vital to the whole family. Children struggle to understand that, but a good influence from a cherished TV icon can help make that battle just a little bit easier.

Even in the toasty climate of the Redgar Forbidden Lands, Kirby isn’t afraid to nestle down beneath flying meteorites and scorching pools of lava for a timely nap. Weird flex, Kirby. Still, I’m not complaining! 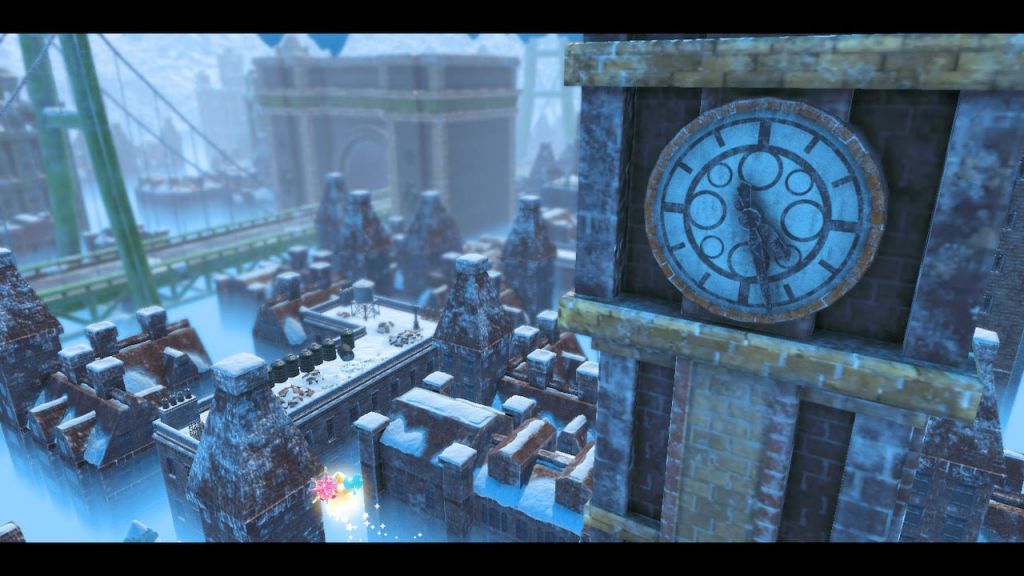 While you’re busy gushing about how Kirby helped your child respect bedtime, they’ll be chatting with friends about how cool it is that he devours vending machines and oversized traffic cones.

Kirby can jump for miles, which is why I can safely recommend new gamers of all age groups toward him.

And the soundtracks slap. You won’t be cursing songs under your breath when they inescapably idle through dinner time – or when it’s time to send the kiddos upstairs to brush their teeth.

Most importantly, when your child cuddles up for some Kirby Couch co-op with you, it’ll be hard to turn them down. Kirby and The Forgotten Land is legitimately fun in doses of any size. I promise. 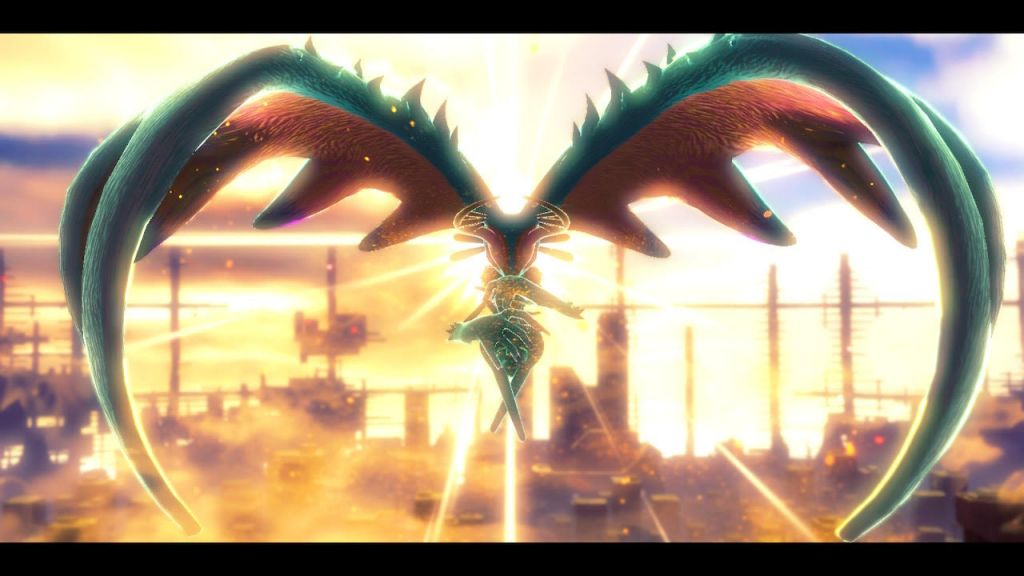 It’s easy to reminisce about “the good old days.” Times are rapidly changing, and it seldom feels like an improvement. But a wholesome Nintendo game familiarizes children with tech advancements and generic user interfaces. Coupled with a good balance of exercise, you’ve got nothing to worry about with this title.

Kirby And The Forgotten Land is a household hit. I’d recommend it any day of the week.