Pokémon Nuzlockes are perfect for adding self-imposed challenge to arguably the most oversimplified RPG series of all time. Pokémon is a phenomenal franchise with a [surprising level of depth.] It also falls short in terms of difficulty. Many of you may feel like you’ve outgrown the series, but you’ve likely outgrown its pacing.

Finding an innovative Nuzlocke is the perfect cure for your ailment. Nuzlockes are also a great way to transition into the robust world of competitive Pokémon. So, if you want to be the very best, you’re in for a treat!

Please note: I’ve pulled popular ideas from across the internet. I’ll list sources at the bottom of this article for anyone curious about their origins. 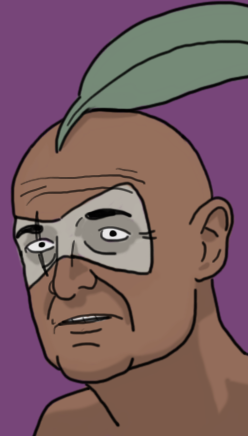 Before you can run, you might need to learn to crawl. Let’s talk about what a standard Nuzlocke entails.

The term Nuzlocke became synonymous with Pokémon challenge runs due to a popular webcomic. A Nuzleaf bearing a resemblance to John Locke made multiple appearances, and things began to spiral in a way that’s unsurprising to anyone remotely familiar with the internet.

Heightened challenge isn’t the only goal of a Nuzlocke. Players also push themselves to use Pokémon they would typically ignore and forge deeper bonds with their Pokémon. It’s like being the equivalent of Youngster Joey and his faithful Ratatta.

As a rule of thumb, these are the generally accepted requirements of a Nuzlocke run: 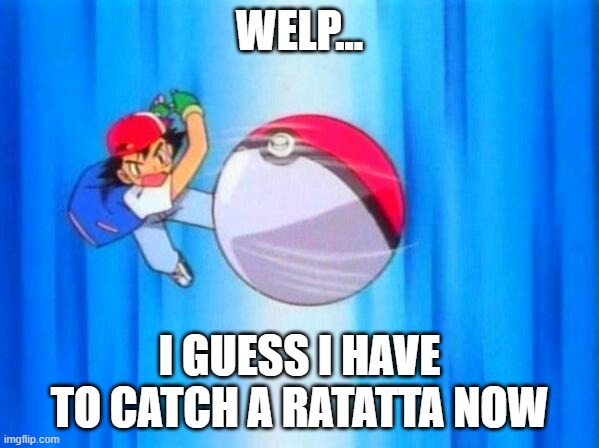 Most Nuzlockes include a few of these extra rules, but none are a requirement to the challenge run:

That covers everything that appears in vanilla Nuzlockes, but you’re probably here to read about unique ideas to fiddle with for added flair.

From Pokémon X and Y onward, added communication features allowed for a refreshing new Nuzlocke variant: The Wonderlocke. As the name implies, new Pokémon are obtained exclusively from wonder trades. Wonder trades add an extra element of randomization without being overly complicated.

Here are the standard limitations:

Thanks to dedicated Pokémon trading forums and communities, it’s now possible to run entire Nuzlockes with unhatched eggs that clutter the boxes of avid Pokémon breeders. Breeders are more than happy to get rid of eggs from old projects since they can’t be released or given away in-game.

This Nuzlocke incorporates luck into your playthrough. You’ll need a deck of cards. You’ll also probably want to adjust each Pokémon’s moveset to spammable attacks. Let’s check out the established rules:

This Nuzlocke replaces the catch clause with a set of predetermined Pokémon at the start of each playthrough. The player can’t catch additional Pokémon under any circumstance.

Here’s how to select a team:

The masterlocke was born on the forums of Smogon. Many players revere the masterlocke as the highest difficulty Nuzlocke on the web.

I’d argue this Nuzlocke is more complicated than the Smogon Masterlocke – mainly because the trainer can’t have any typing overlap between caught ‘Mons whether they are knocked out or not:

This Nuzlocke further limits the number of Pokémon you can catch – by only permitting one Pokémon per ball type. This Nuzlocke fits best in the Johto and Galar regions, but any region can pull it off.

Now is an excellent time to introduce a softer Nuzlocke. In this version, each Pokémon is granted 3 lives instead of 1:

This Nuzlocke bends the rules to simulate unlockables for each gym badge acquired in-game. It’s unique and not overly challenging:

Okay. So, this Nuzlocke doesn’t win any awards for its name. It’s still a great extra layer of difficulty for your playthrough:

A wedlocke is a unique nuzlocke that focuses on pairing Pokémon to partners. Unpaired Pokémon aren’t ready to be used. Once one partner faints, both become unusable. Some players opt to allow un-fainted Pokémon to marry new partners. These are the typical rules:

A chesslocke intends to heighten the strategy element of a Nuzlocke, and it succeeds. The trainer grants each Pokémon the role of a chess piece. Each position has unique limitations. Here are the typical rules to a chesslocke:

In a zombielocke, the trainer can revive dead Pokémon with items by sacrificing one of their other Pokémon. This Nuzlocke doesn’t affect other traditional rules.

Typically, Nuzlocke fanatics treat zombie Pokémon and sacrifices like this:

Here’s a gimmick we’ve all contemplated at one point or another. What if we ran through a Pokémon game as a Team Rocket grunt? The rocketlocke is the only Nuzlocke that comes to mind where you would be permitted to use cheats. After all, what kind of Team Rocket Grunt would you be if you didn’t steal other people’s Pokémon?

Pokémon are only permitted to use moves that deal residual damage or cause status conditions in this game mode.

Speaking of gimmicky Nuzlockes, have you considered making alphabetical limitations? In this Nuzlocke, the only eligible Pokémon are either:

The choice is yours. These are your recommended rules:

In this Nuzlocke, you pick a type and stick to it. Imagine yourself training hard to become a gym leader. Some types are more attainable than others.

Aside from your standard Nuzlocke rules, here are some things to consider:

The Chainlocke forces the trainer to catch Pokémon who share a type with the previously caught Pokémon.

As a result, we’ll modify some of the classic Nuzlocke rules:

This is a pretty standard Nuzlocke that forbids any Pokémon with two evolutions.

There are a few additional rules:

The Leglocke is a meme format that arose when a Youtuber mispronounced egglocke. It turned out to be pretty enjoyable:

The idea behind this Nuzlocke is to force the player to soft reset after defeating each gym leader. Once a gym leader is defeated, the trainer can only keep up to 3 Pokémon moving forward. Let’s dive a little further:

The tradelocke requires a friend who is willing to do a Nuzlocke with you. The general idea is to battle one another 3v3 between obtaining badges. The winner gets to select an opponent’s Pokémon and steal it.

This Nuzlocke forces the trainer to catch Pokémon with the DexNav sneak function on each route.

The trainer starts on generation 1 and carries surviving Pokémon through each generation once declared champion. Optional: the trainer can only catch Pokémon introduced in the era of each game.

For the last Nuzlocke, you’ll want to keep a pen and some paper handy. This Nuzlocke revolves around rolling a D20 die on each caught Pokémon to inhibit them with common psychological flaws. Each Pokémon gets two rolls. I’ll be avoiding using “official” names because I want Google to recognize this site as a hobby blog. Please understand, I learned this the hard way.

If we’re adding dice and notepads into the equation, we also get an opportunity to randomize Pokémon usage in a Nuzlocke.

Simply roll a die and multiply your result by 5. That is the total number of opposing Pokémon your new party member can faint before you’re forced to release it. We’ll call these “longevity points.”

In order to make the Terminalocke work, you’ll need to adjust standard catch conditions. After all, you’ll be burning through a TON of party members. I think a one-catch-per-species clause works best.

Get Creative! The Options Are Nearly Limitless:

This list only scratches the surface of Nuzlocke opportunities. Don’t be afraid to mix and match rulesets or explore entirely new ideas. You’ll balance the difficulty level to match your taste faster than you think! As always, thank you for reading. Feel free to drop a follow on social or click around for more content!