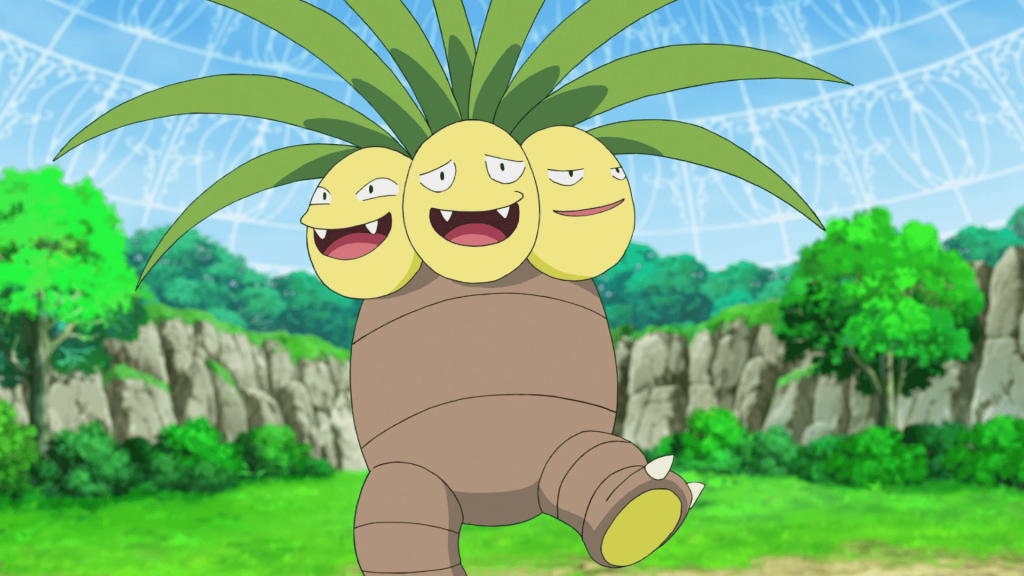 The Terrifying Yōkai
From Which Exeggutor Was Born. 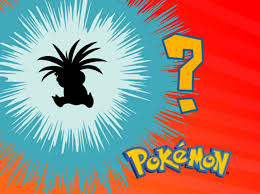 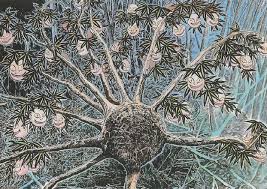 According to Morimoto’s cameo in generation 7, Game Freak did an in-house poll for the most popular Pokémon. Exeggutor was their definitive winner. Unfortunately, we don’t know much about when this poll occurred – other than what Morimoto’s in-game dialog text told us.

I wanted to begin this series with Exeggutor because I think his in-house popularity during the early days of Pokémon proved a pivotal moment in franchise history. Ken Sugimori took some serious risks designing this Pokémon.

Since Exeggutor was voted most popular, I’d say it’s a safe bet that he inspired the artists to venture out into creating cartoon counterparts to many mythical Japanese apparitions in generations to come!

This particular Yōkai most likely rooted from an Arabian ghost story. By the 8th century, this story became commonplace across the Islamic nation by word of mouth.

Around the 13th century, the Syrians printed a collection of stories that included the Jinmenju. The collection was called: One-Thousand and One Nights.

Our first written version of the story went like this: The famed Alexander The Great was said to have eaten fruit from the fabled Waq-Waq island deep in the land of Zanj (South Africa).

Waq-Waq island is roughly estimated to be where present-day Mozambique lies, near Madagascar.

Of course, the fabled tree in this tale was said to bear fruits of full-bodied humans. It wasn’t until some Chinese traitors came traveling from the Silph Roa… Err. Heh. 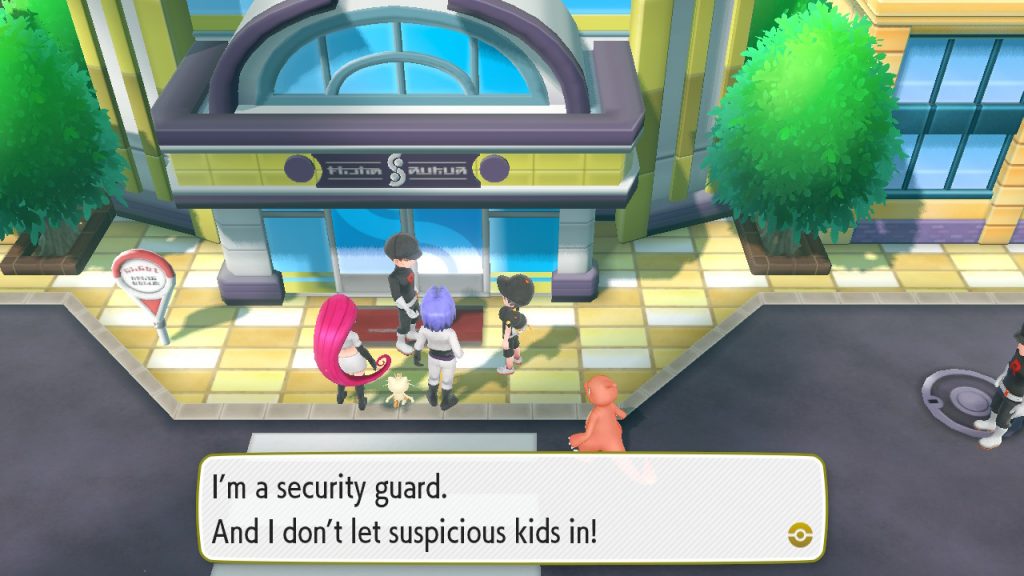 I mean… Chinese traders came traveling from the Silk Road and caught wind of the story.

In 1609, the Chinese published an encyclopedia called the Sancai Tuhui. This encyclopedia featured accurate depictions of international clothing styles featured in Japan, Vietnam, and others. It featured detailed maps of the Heaven and Earth realms. The map of Earth is said to be astoundingly meticulous as well.

It also featured the Daishikoku, the legend that would become our Yōkai in question.

Our boy Exeggutor’s influences would come to full fruition during the height of the Edo period in Japan. The Jinmenju, among many other Yōkai, would be printed and mass-produced in wartorn Japan, hopeful of keeping children happy and entertained.

I know, it seems weird that reading children stories of creepy mythical beings would cheer them up. Still, the children adored these stories so much that Edo writers started inventing new Yōkai to publish in special “hundred tale Kaidan” books that spread far and wide. It became a popular parlour game to light 100 candles at the start of the evening and blow a single candle out for every ghost-story completed, a similar tradition to modern-day Ouija boards.

I want to remain true to Yōkai story-telling, so instead of continuing to dig at this from the angle of an archaeologist, let’s do this properly! 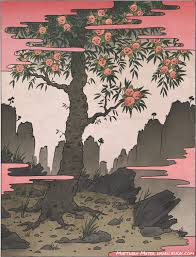 Many years ago, the world was a different place. It was said that great Aerodactyl would glide through the skies with hundred-meter wingspans stretching to fill the skies with the night’s darkness. The footprints of Tyrantrum would form vast lakes that eager Kabuto would later inhabit.

Our protagonist in this story is the grand Professor Oak. Although, he wasn’t a professor in the years past. He was a world-renowned doctor, hailing from the China region. Some stories go on to say he was once an undefeated Pokémon master who resigned after the death of a beloved Pokémon companion.

Our dear professor became a mysterious wanderer searching for a mythical fruit – to revive his beloved Pidgey that won him countless tournaments of yore! 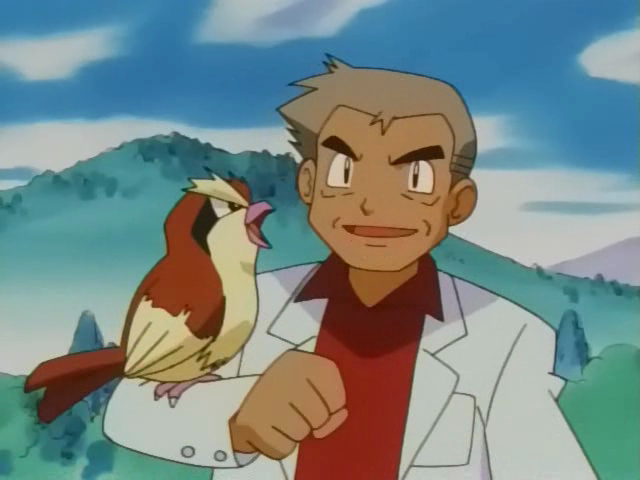 One mid-October night, a tropical cyclone carried his ship far adrift from the lands of his trusty map. It was certain that he would sail aimlessly until confronting Death himself, nor beckoning or reckoning for his mercy.

Oak found himself sailing the outskirts of Alola when he found an island unlike any he had seen before. It was near the witching hours of twilight when he set anchor. Terrifying roars and deep indistinguishable bellows filled the air around him. The land was tropical and foreign to him, filled with creatures he had never encountered before.

Oak was weary and grizzled from his seven-week journey at sea. His skeletal hands were trembling from malnourishment, his skin sun-scorched.

Just before setting camp, our hero heard human voices coming from behind an unorthodox-looking tree. A wailing chorus of voices, dissonant and full of disarray. Still, somehow they spoke in unison.

“Hey you!” the discord squealed out to him in a wide range of pitches unfit for human ears. He inched forward, carefully examining his surroundings.

“I am Jinmenju. I am the tree. I am Exeggutor”

Professor Oak, afflicted with the half-hallucinogenic symptoms of self-induced hunger, continued to inch forward. The image of an alien tree with long fan-like leaves began to sharpen. He didn’t see anyone behind it, but it was still too early to think anything rash.

The professor called out, “Enough! Show yourself!” 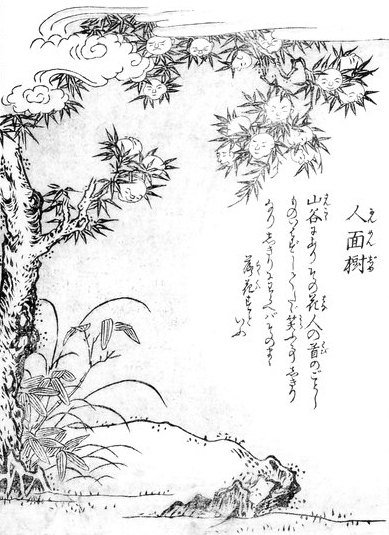 The fruit began to chuckle with an unnatural air of hysteria. The fruit could not understand his words, but they found the abnormal fluctuations of his voice oddly refreshing.

Professor Oak could see the fruit without a trace of doubt. They bore the faces of human infants! Baby Misty, Baby Ash, Baby Lieutenant Surge. He cried out, “How… How can this be?”

The Jinmenju Exeggutor intensified its ominous laughter upon hearing his voice. The ground below began to quake with unparalleled magnitude and the shrubbery began to rustle. The startled professor attempted to back away from the bewildering plant and stumbled upon a rock.

He crashed into the ground with the force of a brass cymbal. Reflexively, he spouted the only onomatopoeia suitable for children to hear, “Ouch!”

His hands were now bloody and scraped. He could feel the onset of bruises beginning to populate the whole of his body. He became still, like a concrete statue. Frozen in fear as he laid eyes upon the creature that would put an end to his days.

The laughter grew stronger. The fruits of the tree were now laughing so hard it was draining the life from their skin. Their form began to shift from that of smooth-skinned babies to rotten charcoal faces wrinkled and withered. 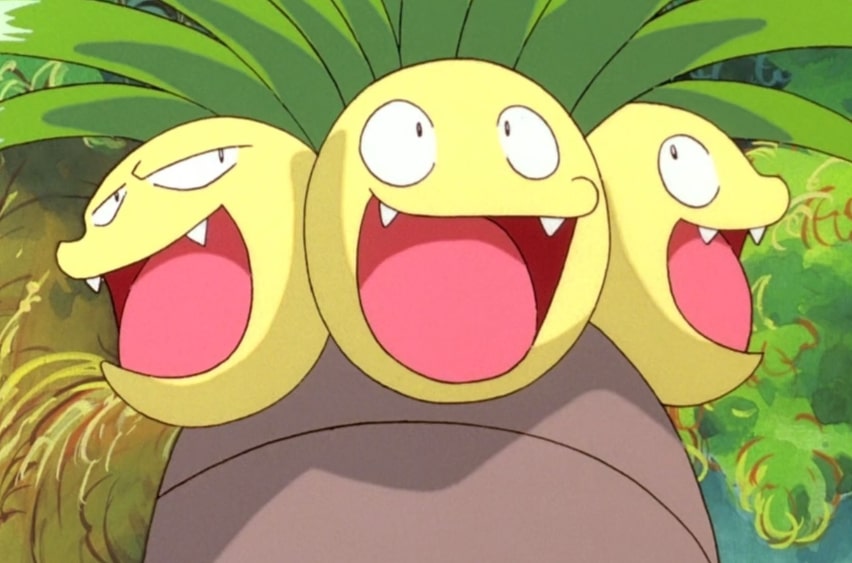 One by one, rotten fruit began falling from the tree – Each fruit plaguing the breeze with overtones of incessant laughter. Some died laughing.

Until a manic laughing fruit rolled straight toward the professor’s foot.

Oak was hesitant, prodding the fruit with a stick until he couldn’t stand it any longer! He grappled the rotten fruit in his hand as though to lecture it, “Now is not the time to do that!” 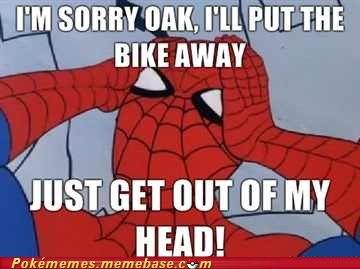 The fruit’s laughter felt as though it was mocking him. But when the professor cried out to it, it only began to laugh harder, until its eyes were full of tears.

Without thinking, the irritated professor bit into the fruit’s conniving face. Life immediately fled from the jimenshi fruit. Its face was frozen into its last living moments, tears of joy rolling from its jovial eyes.

Professor Oak took another bite from the fruit.

It tasted sweet and crunchy. It had a light citrus kick. His wounds began to heal.

The fruit of the Jinmenju found this cannibalistic feast hilarious. Jimenshi Fruit began dropping from the branches like dense raindrops falling from the sky.

What the professor didn’t know was that eating the fruit gave him the gift of immortality. He would live another thousand years. Before those years would run dry, he would make the voyage to far-off Alolan waters again, in the height of Autumn, hoping to find another rare tree to leech eternal life.

These Exeggutor’s fruit were a rarity, and the professor began to crave the taste of the fruit, not unlike an addiction.

Perhaps he was no longer a man at all.

And that’s the story of the Yokai who influenced exeggutor! Here’s some further reading:

Anyway, I hope you enjoyed this! Let me know which Pokémon origins you’d like to hear next!