Everything You Need To Know
About The Musty Flick!

What Is A Musty Flick?

We’ll start with the vehicle motion. In the simplest sense, a Musty Flick is a backflip that sends your vehicle flying forward. Yeah. It sounds a bit nonsensical when put like that, but Rocket League is a game filled with surprises.

When the nose of your car is perpendicular to the ground, the vehicle changes its orientation. The vehicle behaves like it’s upside down.

Also, it is worth noting that a Musty Flick can be performed from different angles, as long as they’ve surpassed the ninety-degree angle requirement between the nose of your car and the ground.

Likewise, when the nose of your car is perpendicular to the stadium ceiling, your car officially switches back to forward orientation.

That’s the motion. Now let’s see what we need to be doing with the ball.

A musty Flick provides a unique trajectory when the vehicle contacts the underside of the ball. It forms a low hanging upward arc with very quick forward momentum. Like most hits, It’s especially effective while catching the ball on an upward path (often referred to as the volley)

Although, the lengthy scoop-like motion of this flick makes it pretty powerful on a ball with downward momentum – since this flick provides a prolonged period of contact with the ball. Timing these touches can be difficult, and I wouldn’t recommend someone try this over a standard diagonal flip.

Visual reference and extra motivation. This video is only 3 months old and already popping off. Incredible content from Rocket League FX!

It’s the same concept as mastering any advanced mechanic. The initial set-up touch is the most critical piece of the puzzle.

There’s no use in knowing how to do a trick shot if you can’t set it up, after all.

The Musty Flick often requires an ultra-precise upward lob that mirrors the speed of your vehicle. It’s one of those touches that doesn’t look all that impressive but takes a pretty substantial amount of time to master.

During your initial training session, I want you to practice maintaining a bounce-dribble. Ignore the flick. 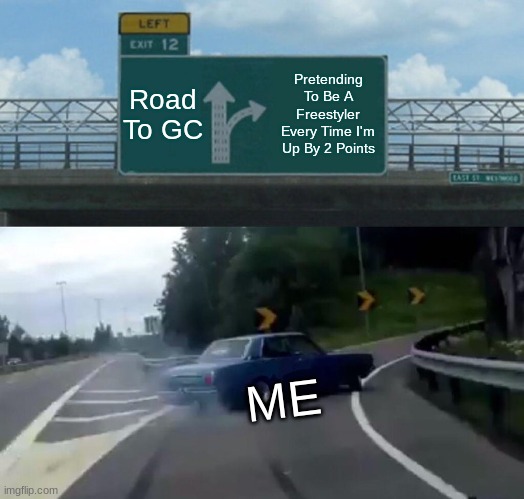 Pop the ball up, let it hit the ground, then hit it again the moment it begins to bounce back up. We refer to that moment as the half volley.

Keep practicing the bounce dribble until you can make five consecutive hits without using any boost to reach the ball. You’ll discover pretty quickly that timing is crucial, and you will need to work on reading the ball in ways you may not be accustomed to yet.

Mastering the bounce-dribble is mastering the swiss army knife of competitive Rocket League, though. It is a wise use of your time, I promise.

New players will commonly tilt their cars forward to set up the flick. This works fine, but will often require you to feather your boost to speed up the preparation stage.

That can be a lot for a new player to manage.

Instead, I recommend popping the ball up with a bounce-dribble and tilting your car straight back. Be sure to make gentle contact with the ball somewhere around the forty-five-degree mark of your backward somersault.

Let me clarify. I want you to touch the ball a second time – while you’re airborne.

Continue your backward somersault until your vehicle is lined up with the ball and then commit to your forward backflip. Here’s a visual slideshow of a reverse musty flick I landed in the most obnoxious Twinzer I could possibly decorate:

Why do I recommend this method of set-up?

It’s easier to back out of if you can’t match timing with the ball. The backward motion of your car can function as a dependable fake. In these scenarios, upon landing, you can still maintain possession over the ball. If an opponent challenges before you land, you’ll mirror the ball’s movement well enough to make a favorable chip in most instances.

There’s one other reason to practice backward Musty Flicks over the standard version. Versatility.

You can perform them off of walls or off of the ceiling. Let that sink in a moment.

What Are Some Common Mistakes When Attempting A Musty Flick?

Skilled Rocket League players make mistakes setting up Musty Flicks all the time. The pros’ secret is that they have a series of back-up plans in case something goes awry.

The most versatile plan B is a well-timed flip cancel.

After hundreds of repetitions of failed Musty Flicks, you’ll begin to notice some negative trends earlier and earlier. Recognizing a failure before it occurs is half the battle, so props to you.

Now we just need to figure out a way to fix it, and that’s where a coach comes in handy. Well, coach says to practice flip canceling instead of spamming that reset shot button.

The Musty Flick has a remarkable flip cancel recovery – especially the reverse somersault version. Flip canceling extends your reach in cases where you lob the ball too far forward. 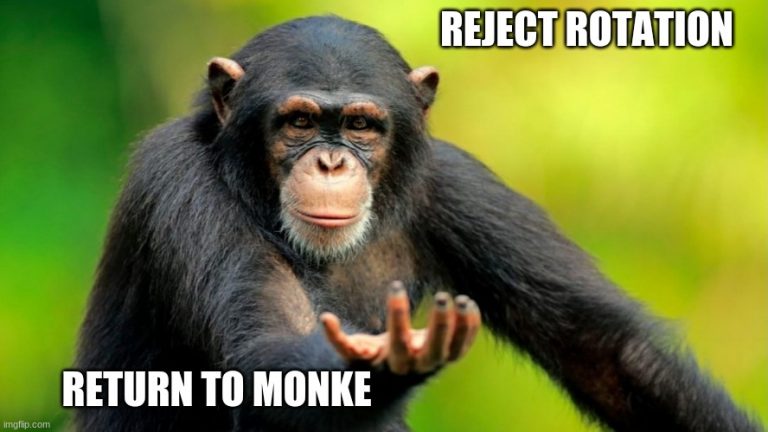 You can use your boost pretty liberally after smashing that analog stick forward.

From there, your options are pretty good. You can often catch the ball for an air dribble or extra touch, you can sometimes find flip resets. Just give it a try and you’ll see what I mean.

Fine-tuning your boost management is critical for BOTH musty set-ups. A player with a comfortable understanding of feathering boost and overall car control will hit these shots much more consistently than someone who ignores boost throughout the set-up.

And lastly, if you find yourself getting too close to the ball, there’s an app for that!

If you aren’t far enough from the ball, you can shift gears to a tornado flick or air dribble pretty easily, since you’ve already set your launch up similarly.

Likewise, if you’re attempting the more traditional downward Musty Flick, you’re in a similar position to set up a ground pinch or a funky turtle flick. You know the drill.

Just don’t obsess with the thought of executing a Musty Flick. It’s more important that you do something proactive rather than whiff a ball you already know you’re going to whiff.

How Important Is It to Learn A Musty Flick? 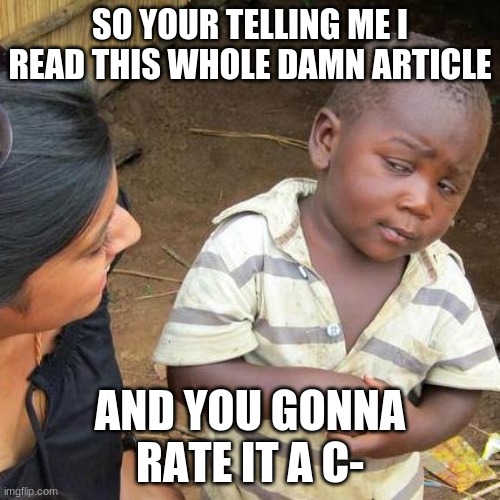 [Look, I'm Just Posting The Stuff Y'all Will Actually Read About]

Most of you already know it’s impractical, but there may be a few low ranked players who fumbled into this article, so I wanted to make it clear.

The amount of time required to set this up is pretty high. The signature trajectory of a well-timed Musty Flick is a tough shot to defend, but it comes at a cost.

There are also some pretty hefty recovery costs to overcome, even for a Rocket League expert. With a perfect air roll and powerslide landing, a player is often committed to lunging forward into unfavorable areas of the field.

Or worse… smacking straight into a wall.

Why learn it at all, then right?

Well… Sometimes we hit those ranks where we feel like we’re in a rut. It’s easy to feel like we’ve plateaued or otherwise peaked. Practicing Musty Flicks can be a breath of new life to your training sessions. We’ve all been there. You’ll come out stronger on the other side. 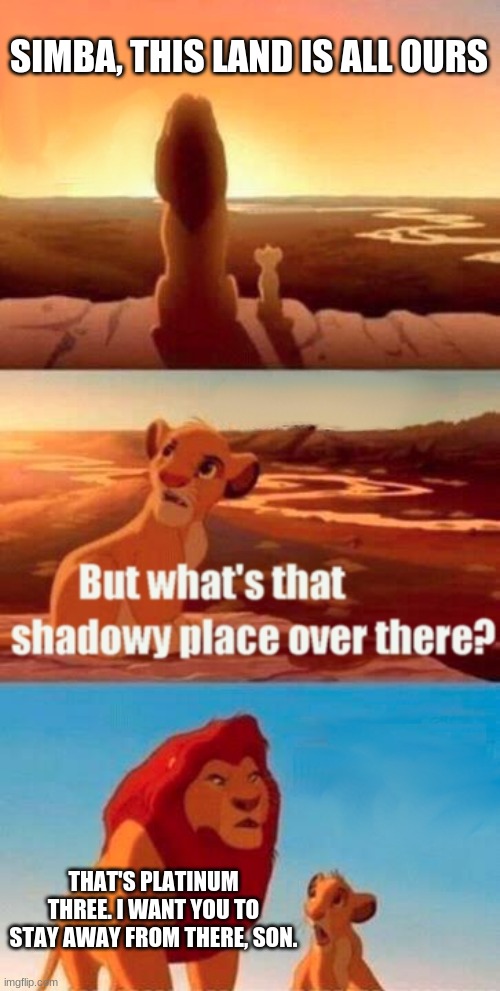 The Musty Flick can be a great surprise mechanic to master, but don’t expect to use it often!

What’s The Story Behind The Musty Flick?

The Musty Flick was the first (and most popular) of many mechanics to be “discovered” and popularized on Reddit.

A Redditor by the username amustycow posted daily clips of the flick for months until Redditors worldwide dubbed the flick in his name, practically in unison. Musty utilized that internet-fame to become one of the most-followed YouTubers in the Rocket League community. He’s even Surpassed SunlessKhan, the man who produced our most referenced tutorial series in the game’s history.

There is evidence of Kuxir performing Musty Flicks before their namesake, but he’s a quiet professional who keeps to himself. If you’re interested in a hefty serving of side-drama, I have some to share!

One of our dominant announcers (Alias: Johnnyboi_i) refuses to credit the flick to Musty. He’s unwavering in his efforts to continue twisting his tongue to call it the “Forward-Backflip Flick” which has been the subject of speculation for years. Johnnyboi_i claims that it sounds more professional, but that isn’t enough to silence the conspirators.

It doesn’t help Musty’s case that he’s now receiving credit for Linkuru’s Speed Flip because of his popular speed flip kick-off tutorial. I suppose it’s inevitable for an internet superstar. I doubt it was intentional. Sorry, Link. You snooze, you lose… I guess.

I guess the side-lesson here is to spam social media with clips begging for people to name tricks for you before it’s too late. But please don’t. I’ve seen enough “OMG NEW MECHANIC: 180-No-Flick Flick Double Fake Doomsee Whiff-tacular Goalie Pinch” content for one lifetime.

Anyway, enough with the history lesson. Get out there and practice your new mechanic!